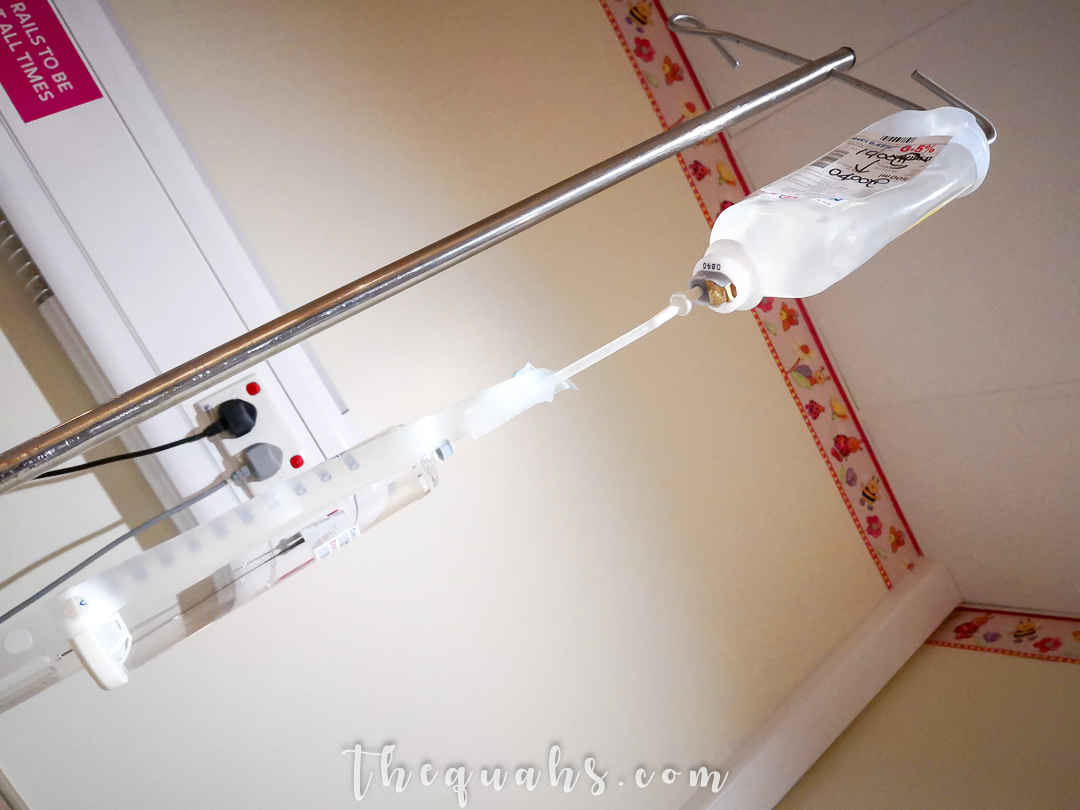 We’ve been getting lots of questions, love and support from a lot of people, and although we do reply to most of your messages, here’s the gist of what’s been happening with #theSmally.

Firstly, the preliminary results of his pelvic marrow sample has come out, and thank God, he is now confirmed to be diagnosed with the more common strain ALL – Acute Lymphoblastic Leukemia. I am not saying we are thankful that he has leukemia, but at least he has the common childhood leukemia strain which has a more straightforward way of treatment. Ever since we’ve received this bad news, we have learned to be thankful for every little wins, every little miracle, every little good news. 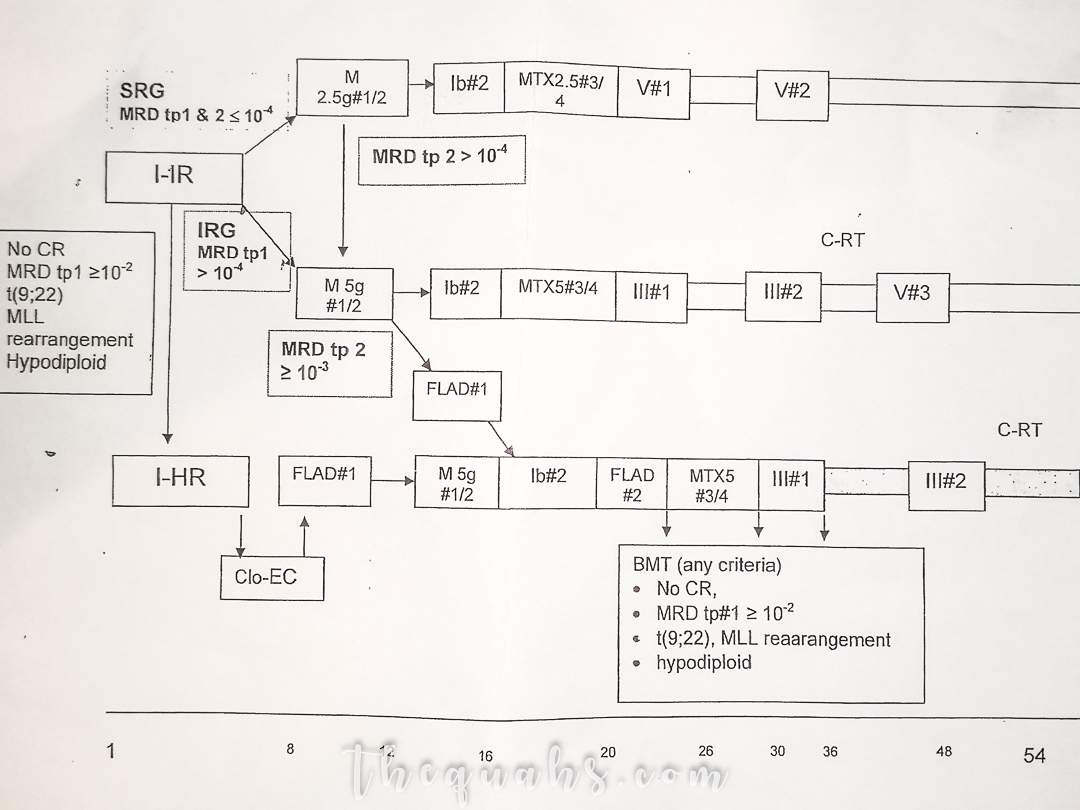 So, after confirming the type of strain, there are 2 different treatment paths. Actually there are 3 paths: Standard Risk, Intermediate Risk, and High Risk, but since #theSmally is older than 9 years old, he won’t be in the Standard Risk path anymore. So it is either intermediate or high risk. We are waiting for the additional blood/marrow genetic results in approximately 3 weeks to determine if he is at high risk. If he is, then he will have additional medication on top of what he is prescribed now as a HR ALL patient.

He has already started his treatment since yesterday. One round of VCR chemo drug via IV was given yesterday morning, and a dose of Prednislone (a type of steroid) in the late afternoon. However, he reacted quite badly to the chemo meds and was vomiting, had slight fever, chills, pins and needles over whole body, and diarrhea. It was hard to watch since he vomited quite a lot and was constantly hot and cold. But he was also really a tough cookie. He just braved it all and fell asleep after everything settled. The next dose of Prednislone also made him vomit, but no fever or chills. He slept through the night though, which was a good thing. 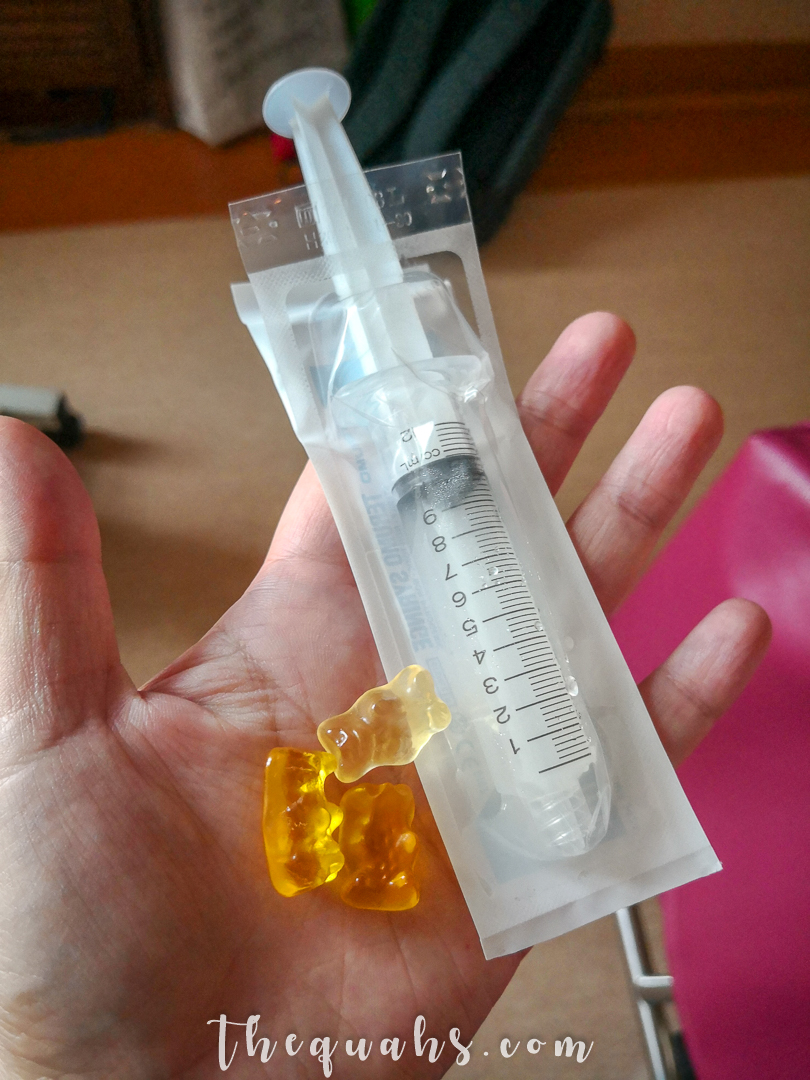 At first, we thought it was the steroids that gave him these side effects, but we forgot that he was also given his first chemo treatment. That was probably what made him feel sick, because this morning he took the same Prednislone, but in 2 separate portions (instead of swallowing all at one go) with some gummy bears to mask the bitter aftertaste, and he was fine. Thank God that he wasn’t reacting to the steroids, and he only reacted for a few hours due to the chemo meds. Btw, why syrup? Because #theSmally totally can’t swallow even the smallest of pills. ¯\_(ツ)_/¯ 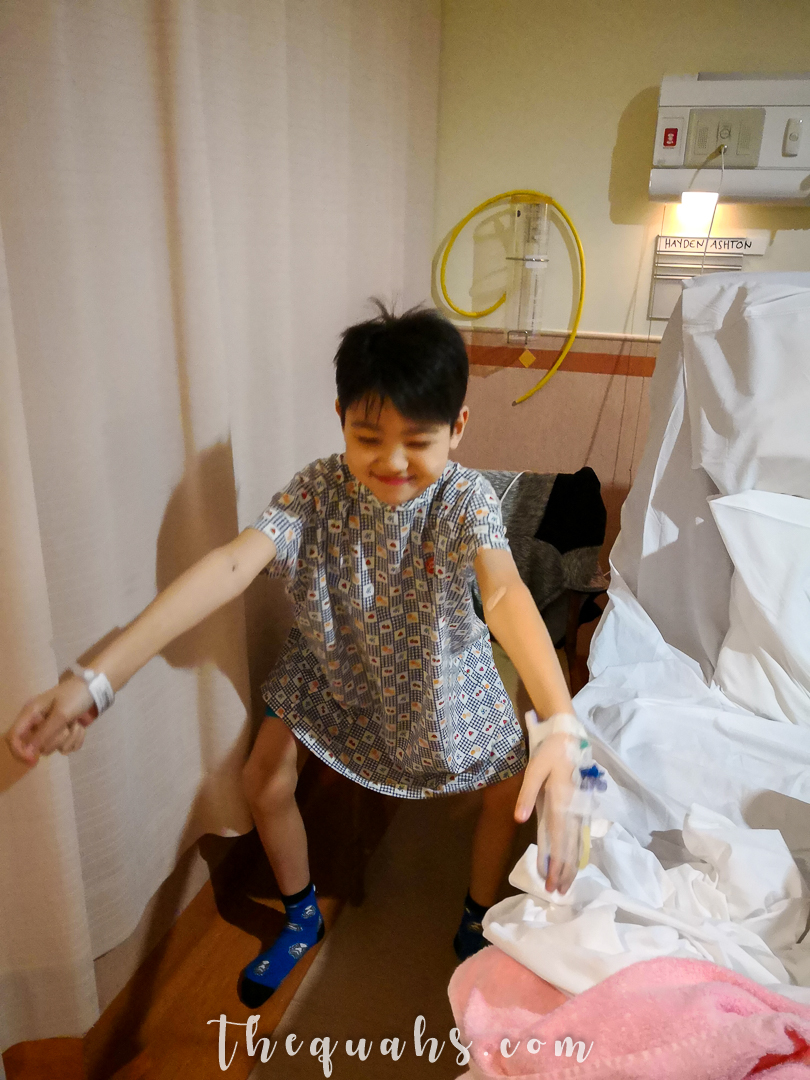 Today he has been quite good, playing, talking and eating as usual. It is very obvious when he feels better as it is easy to see by his behaviour. 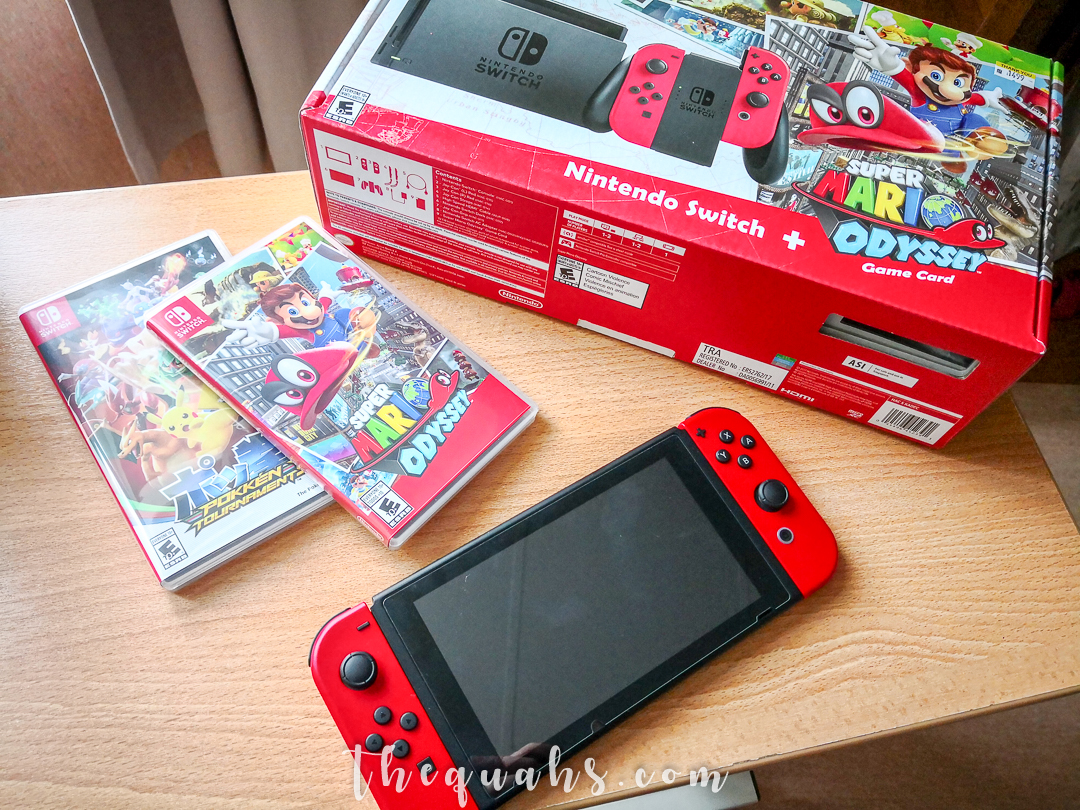 Of course, getting a Nintendo Switch did help to distract him from discomforts, so that is a good thing too. 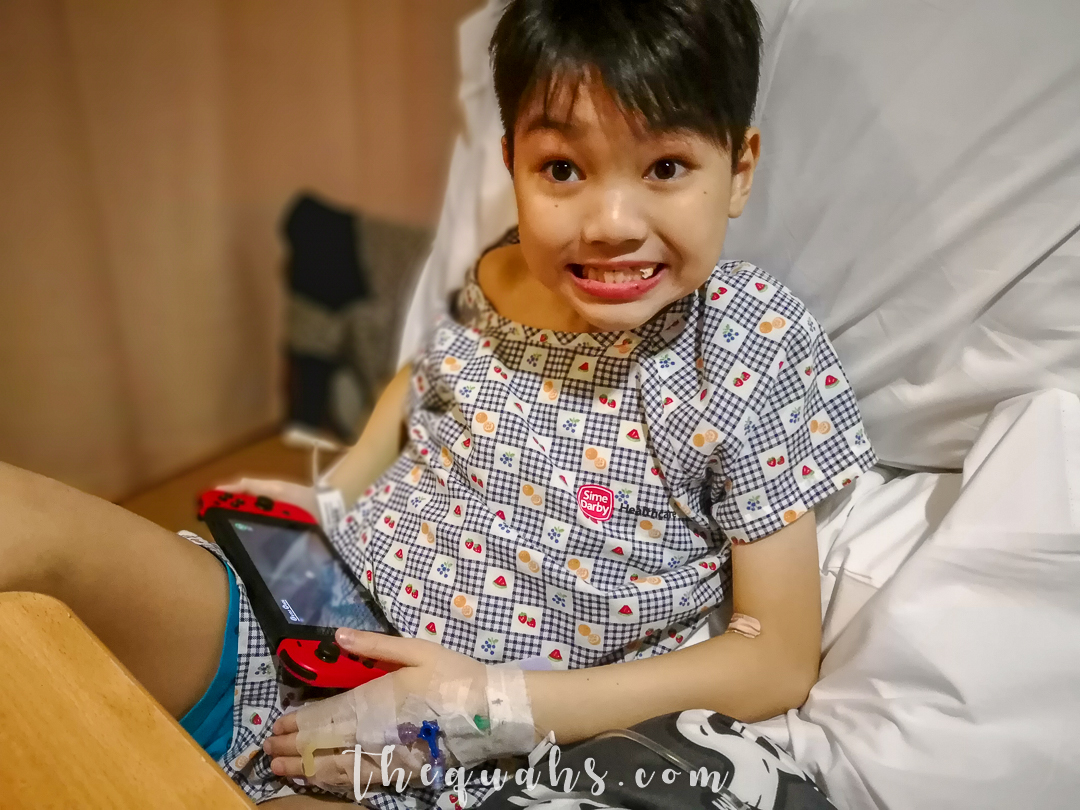 We had to control his usage though, or else he would be hooked on it all day.

We did break the news to him at an early stage and he knows he has cancer and leukemia, so if any of you talk to him, it is ok to mention it. No need to tiptoe around it. He knows he has treatments, and he complains about the pain, but honestly, I have no idea how to break it to him that it might get harder later on. I don’t even know how am I going to handle it either. It really isn’t easy. We’ve broken down many times behind his back and the thought of what is to come is overwhelming. Just have to keep reminding ourselves.. ONE STEP AT A TIME. 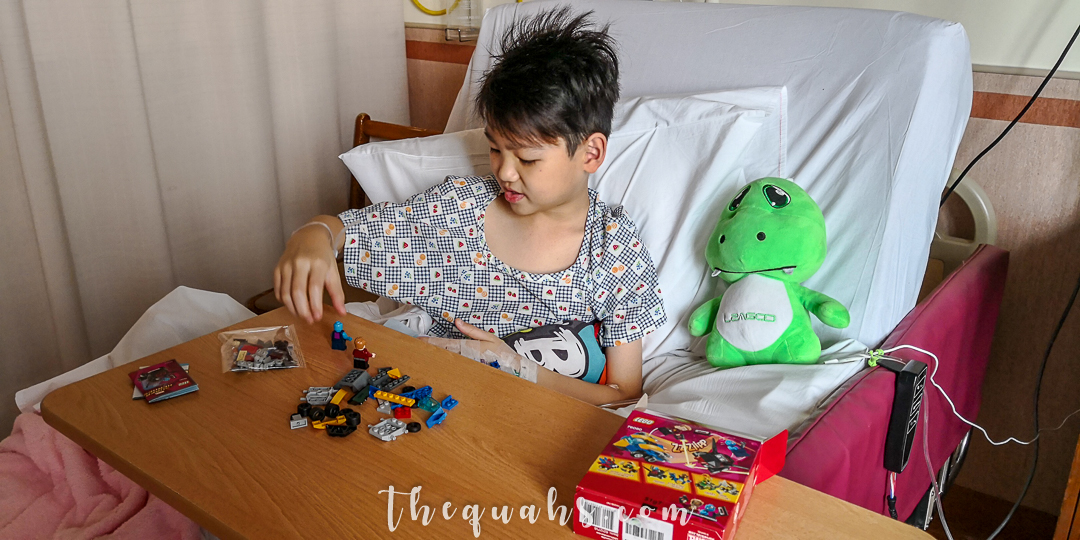 If you’re his friend, do say hello to him whenever since he has his own phone too. It will be tougher when he starts to be left out from school since he won’t be able to go for at least a year. He still loves his LEGO so we’re also planning to make him a little LEGO world for him to build up. 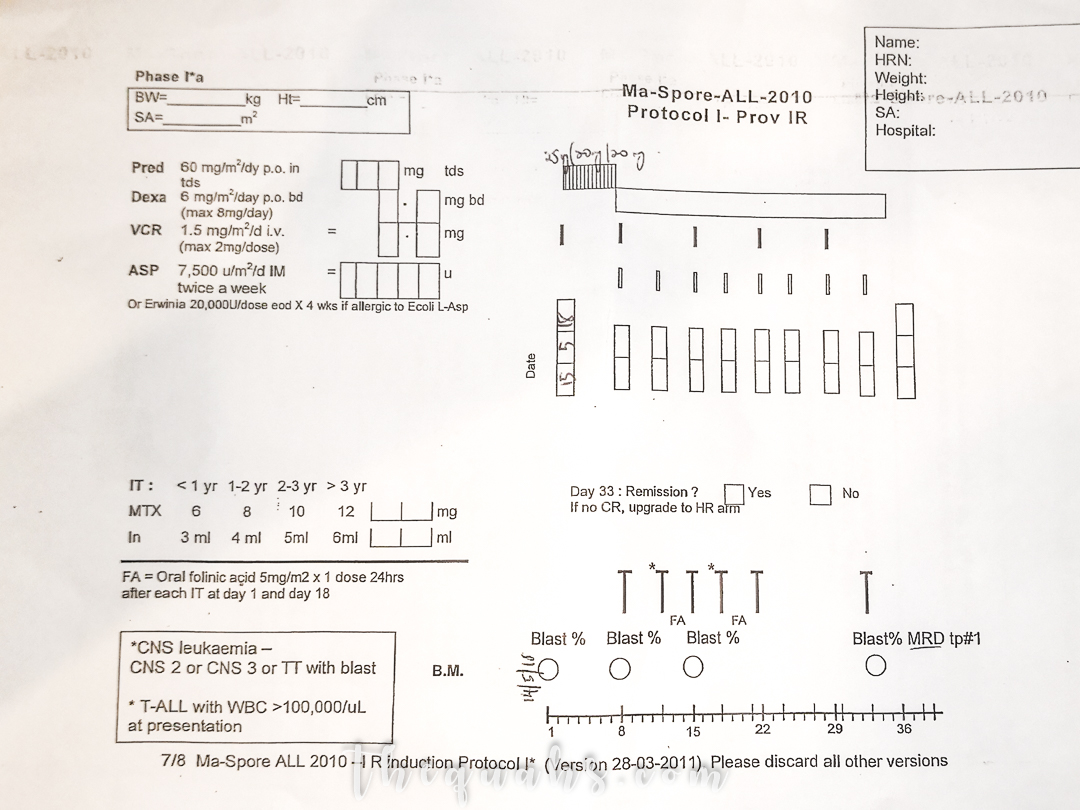 Was reading about the stages of leukemia from a document a friends passed to us. Trying not to read too much online documents without medical recommendations because the INTERNET HAS MUCH NONSENSE. Also studied the charts given to us by his oncologist. Basically, what #theSmally is going through and will go through for the next 5 weeks is called Induction Period. During this time, he will be given steroids orally everyday, VCR chemo drug via IV every week, ASP chemo drug via injection on the thigh twice a week, and a marrow extraction biopsy every week. (⌯˃̶᷄ ﹏ ˂̶᷄⌯)

This period is very important to reduce/eliminate all leukemia cells and put them into Remission Stage. If they are still active and don’t go into remission, then he will have to be upgraded to High Risk path, and treatment will be longer, and risk will also be higher. So, please #PrayforSmally that the very least, let the leukemia cells go into remission.

I know I have been talking pretty method-of-factly, but honestly, it is extremely hard to bear all this. Even with the support of family and friends, it is tough not to break down every single time I think about what is to come. On top of that, the caretaker’s duty is really tough especially in the later stages.. not to mention he has to change his diet to wholesome foods, house has to be spotless, and dealing with the chemo waste is tricky. Even more so when we have 2 other young kids. Not only do I have to think about the well-being of his health and the risks, I have to also ensure that his quality of life doesn’t drop, that he still has a future, that his education is taken care of, that his mental and emotional health is also good. I know many people have offered help, but although some things can be passed on to others, there are still lots of things that can only be done by me. (I also have no idea what I can pass to people as well since I am wayyy too used to doing everything myself. Haha) 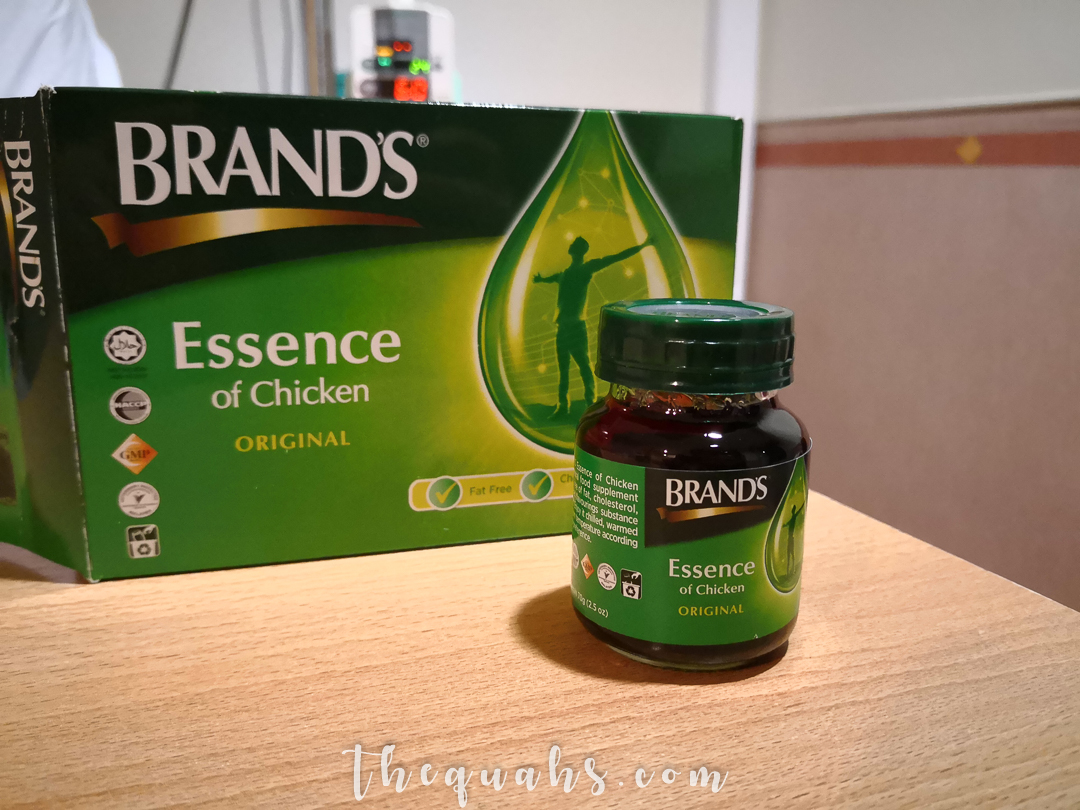 I get tired easily, not so much from the physical exersion but possibly mentally and emotionally as well.  Whacking some Brand’s essence of chicken to keep some energy up! (Not sponsored post! Just love the taste). Will probably start on some other vitamins as well to ensure the main caregiver doesn’t get sick! Anyway, when you have some time, do keep us in your prayers. Thanks!

One step at a time, one day at a time.

One comment on “Little Miracles: Preliminary Results and Start of Childhood Leukemia Treatment”