Dealing with a Leukemia Child Patient at home

Our daily life have been thrown into a disarray ever since #theSmally was discharged since there are loads of changes to be dealt with in terms of the entire family’s routine. Things have finally settled to a semi-predictable routine, so at the very least, we have a little breather to get some of our usual things done, including updating #theSmally status. 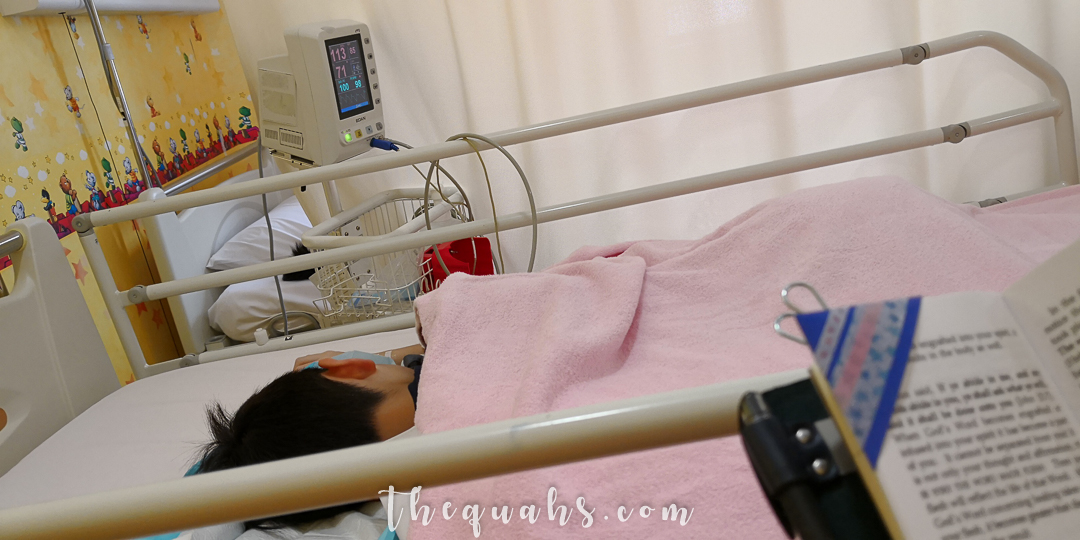 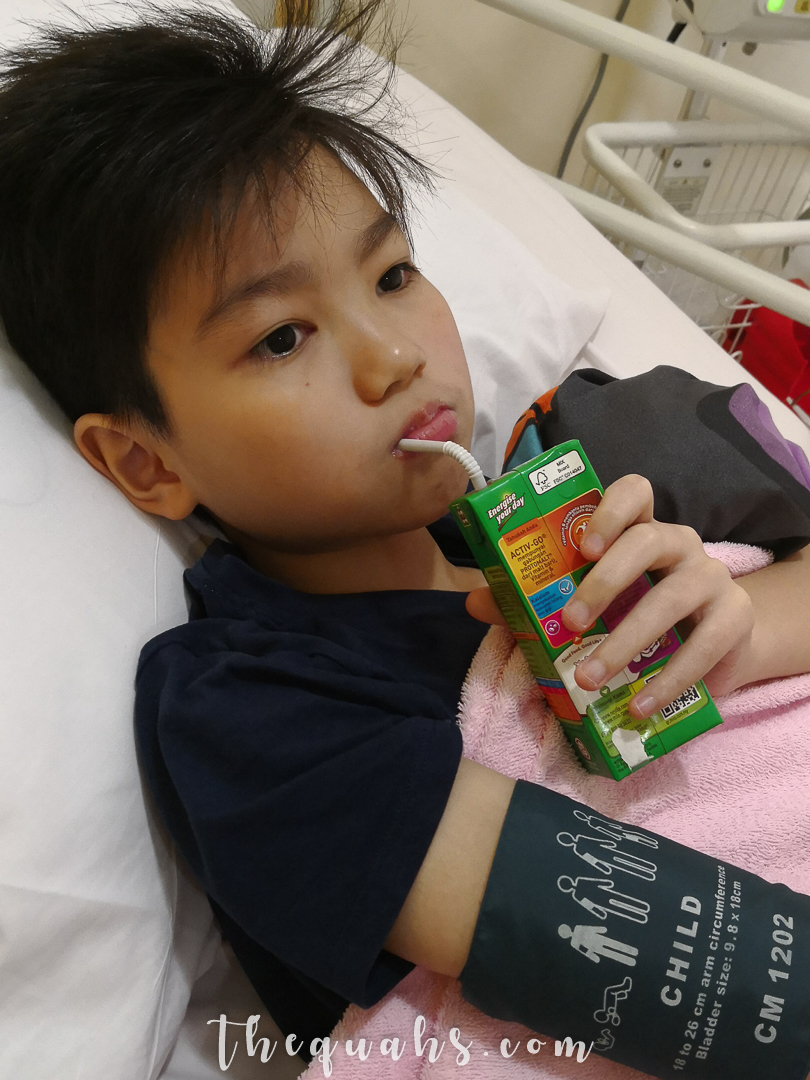 During his biopsy treatment days, he gets admitted into daycare in the morning, and after he wakes up from sedation without vomiting and dizziness, he can go home. That takes almost the entire day – going in at 9am, and leaving the hospital daycare at around 3.30pm. Usually by the time he comes home, he doesn’t have much appetite and feels really tired so he doesn’t eat much and rests a lot. He vomited in the evening before going to bed, only once but we were not sure was it due to the chemo treatment side effects or because he fasted too long so he had an upset stomach. Maybe both. I will try to bring a bun or something so he can eat it when he wakes up instead of waiting to get home to eat.

As for his other treatment, he also goes into the oncology daycare treatment room and wait for the doctor to give him his injection. Since he isn’t sedated, the injection REALLY hurts.. not only when the needle and drug goes in, but when the drug starts to move through his muscles. He cries and tries to deal with the pain, but it is seriously heartbreaking to see him like that. It hurts and I wish I could do something instead of just watching helplessly. (╥_╥) 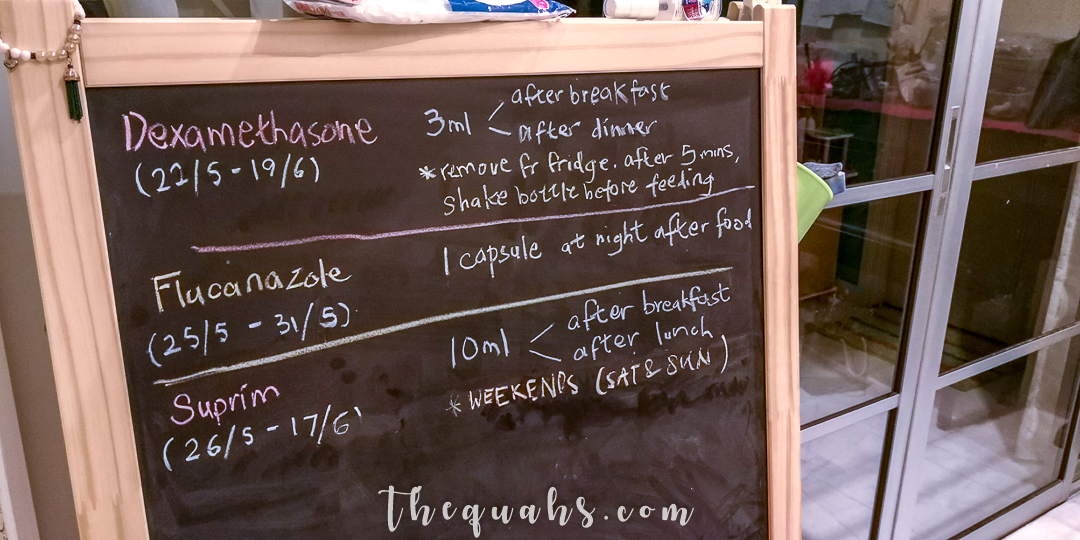 He has quite a number of medicines and our biggest problem is getting him to swallow a pill. No matter how tiny it is, he can’t swallow. It is like his mind knows there is a pill there, and automatically he can’t swallow. So, he is taking syrup forms of his Dexamethasone steroid, and Suprim suspension (Sulfamethoxazole + Trimethoprim as active ingredient), and Flucanozole capsules. He can’t swallow the capsules yet, so I empty the powder and mix with a little Ribena to make it easier to swallow. When he was discharged, his first batch of Flucanozole was a pain to feed because it was in syrup form and it tasted so bad it makes him gag at times.

So, what do the meds do?

Dexamethasone is a steroid, it suppresses inflammation, and to reduce chemotherapy effects like nausea, vomiting, and to prevent allergic reactions. Best side effects of this steroid is the increase of appetite even with chemotherapy. Bad side effects are the bloated tummy and crazy mood swings.

Suprim is a medicine that stops and/or kills bacteria growth, since #theSmally immune system is super low now. He has to take a whopping 10ml 2x a day, but only on the weekends, but it is still a lot. Sometimes it gives him bloated tummy due to wind.

Flucanozole works to kill off fungal infection, since he had a bad fungal infection in his mouth when he was discharged and it impeded eating and drinking, which caused him to lose a lot of weight. 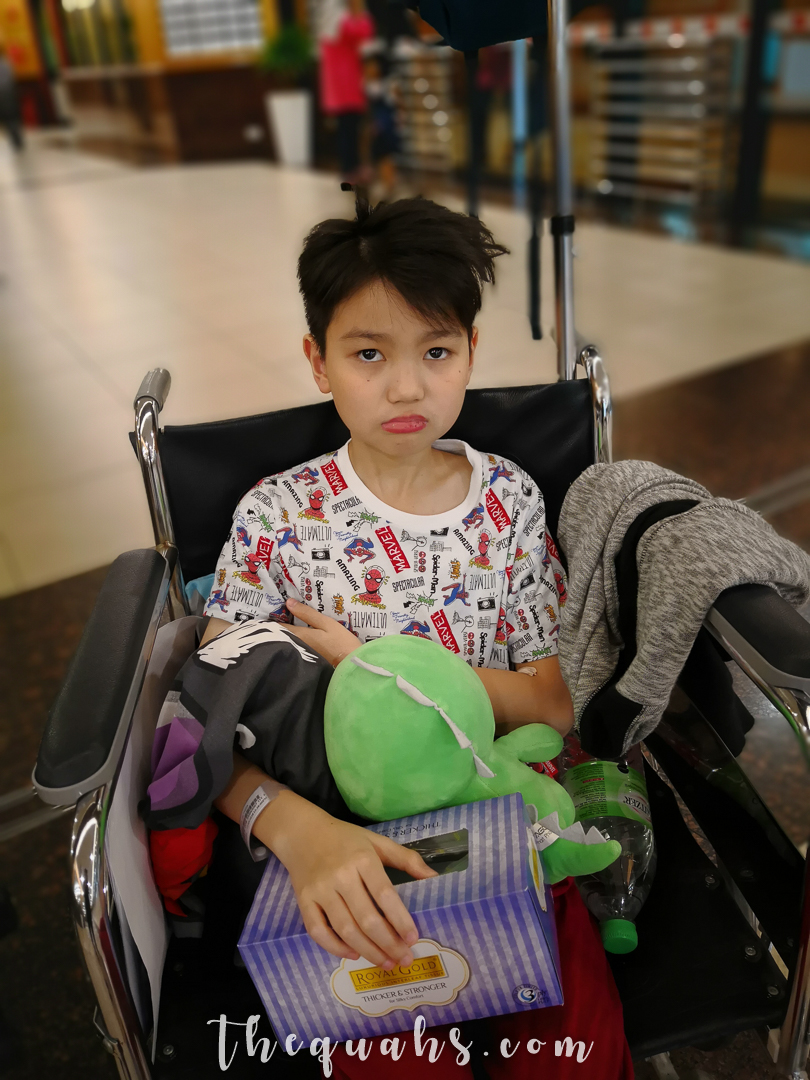 He developed a bad fungal infection on the day he was discharged, and eating and drinking was so hard, we were tempted to feed him blended chicken through a straw. He was given Flucanazole, an anti-fungal medication for his mouth infection but we only saw the infection starting to go away on the third day. Before that, it was a horrible experience trying to feed him. Eventually, a friend bought us Oral 7 mouthwash, which also helped a lot in helping with the discomfort of the infection and keeping his oral hygiene at top condition. The mouthwash isn’t cheap though. 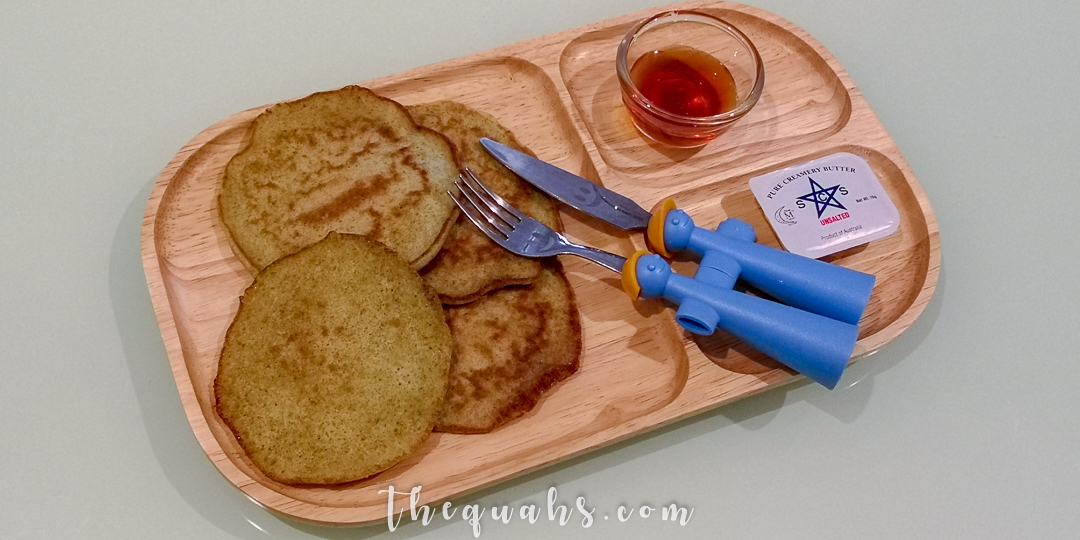 However, after he started taking his steroids, he was an eating monster – and in a good way too! Every single day he will ask for some random food to the point I had to tell him that I am not his personal restaurant. I can cook almost anything but not everything… like he recently asking for ‘xiao loong pao’. Well, there are good days and bad days. Bad days are when he feels nauseous, usually after a chemo treatment, or when he starts on a new oral medication. So, on bad days, we usually let him eat soft, easy to digest foods like steam egg, soupy noodles, or rice porridge. 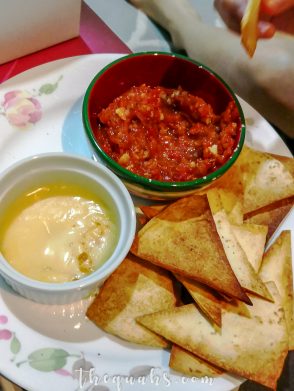 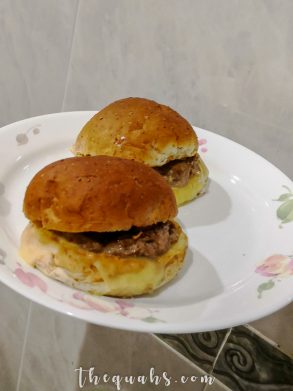 Generally, he has to eat healthy food – high in protein and carbs for nutrients and strength since he will lose a lot of weight during the entire treatment phase. So, we just make sure he has minimum 6 servings/portions of protein a day, and whole foods, as they are nutritious and will keep him filled even if he has not much appetite. We have to be super creative, and we do allow small cheat food just as encouragement for him eating things he don’t usually like. I always tell #theSmally.. he is really lucky his mom can cook almost anything pretty well! 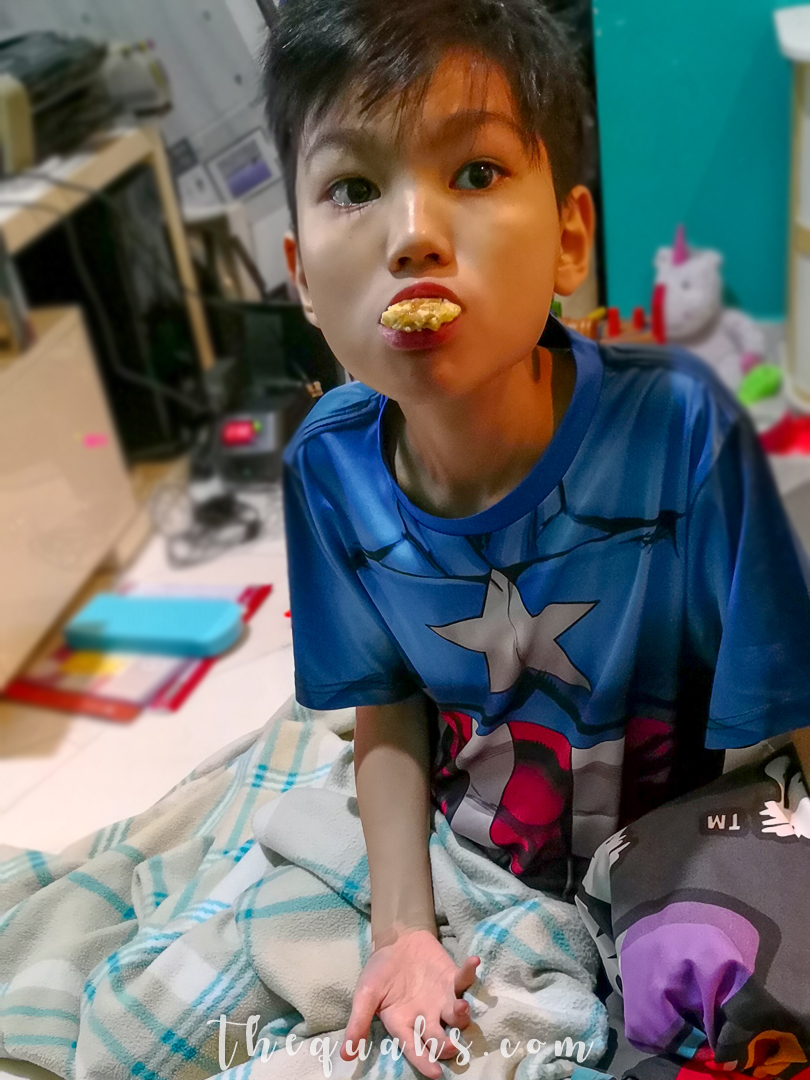 His mood swings are also quite a challenge to deal with. While we sympathize with his pain and feelings of discomfort, he can be really rude sometimes. Apparently, this is caused by the steroids he is taking, but then at the same time, he is also probably getting bored all cooped up at home. He also don’t feel like talking to his friends or replying messages, nor is he motivated to do his Lego sometimes. 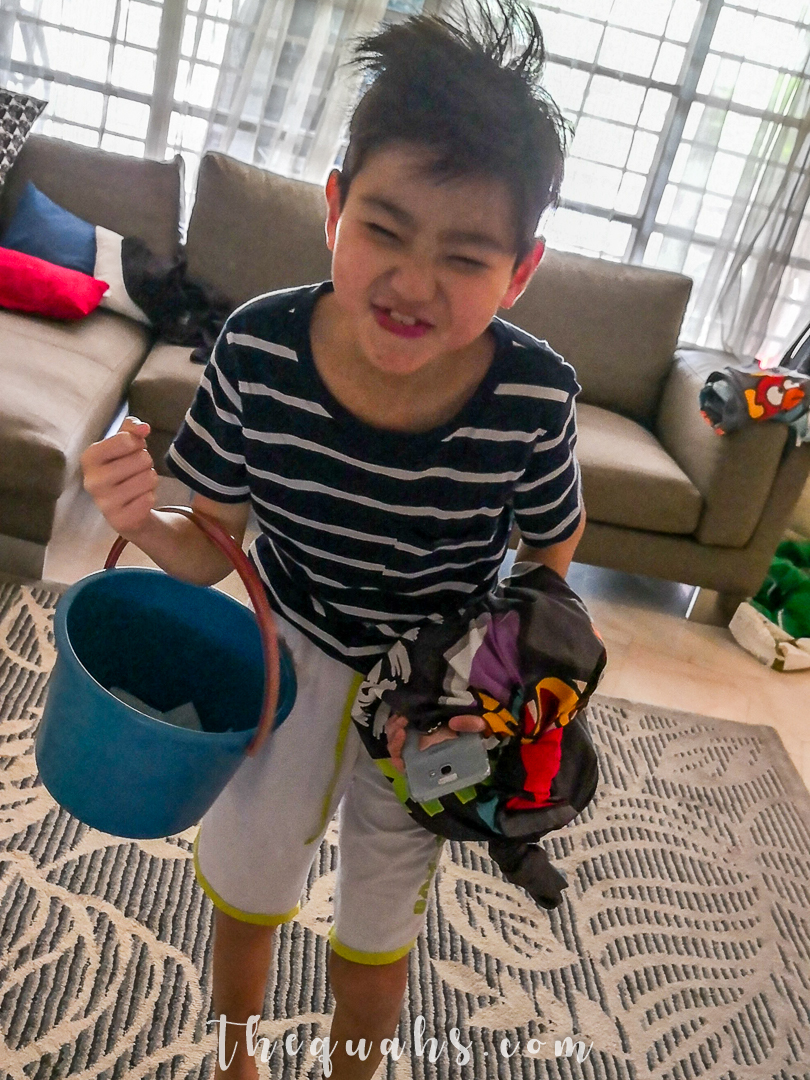 I know he tries, and on good days, he even make it a joke that he has to carry his ‘vomit’ bucket around like a handbag. Still haven’t lost his spirit nor his humour. 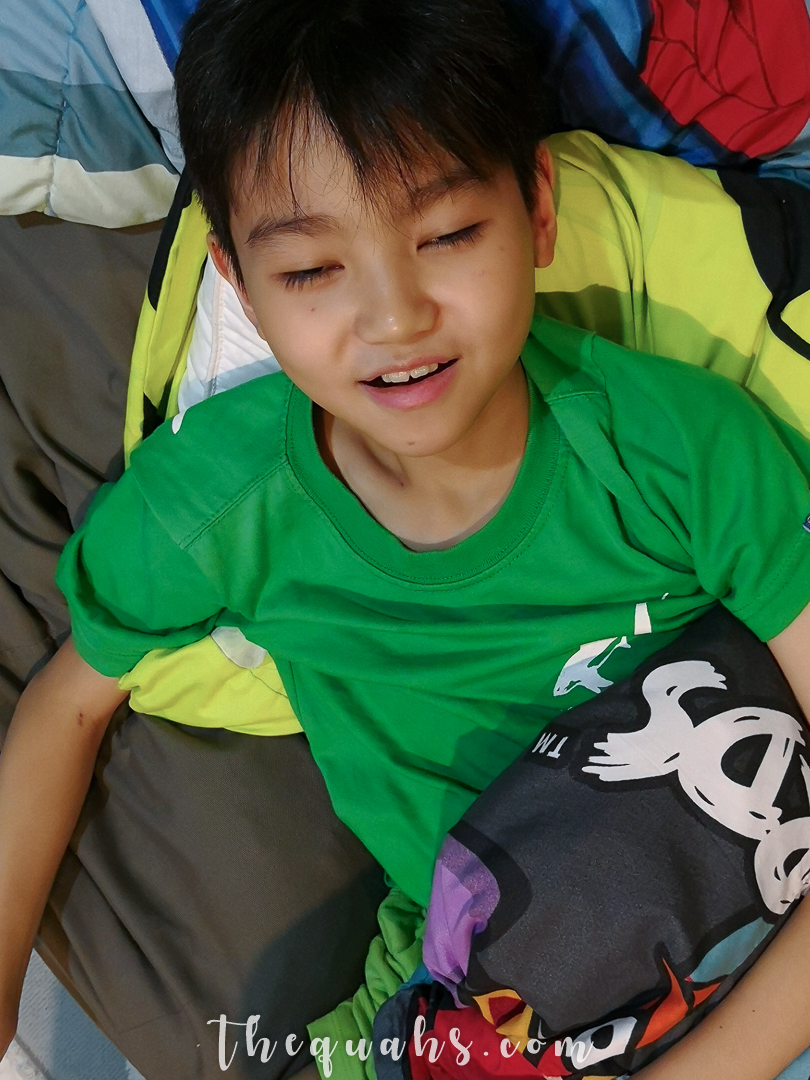 He tires easily sometimes, but there are also good days when he has energy, and yet he lazes around a lot. Will have to find ways to motivate him or he might end up a lazy bum especially when so many people are babying him. 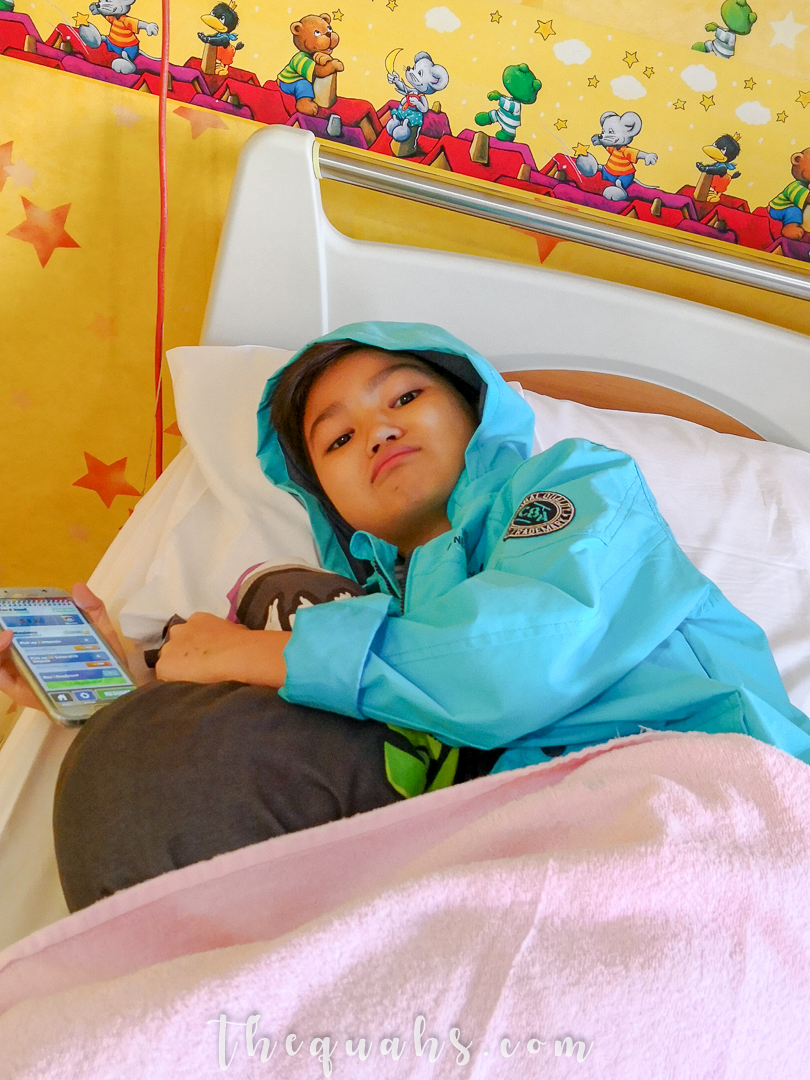 I know it is also hard for him, but he isn’t really talking much about how he feels about the whole thing other than he really hates needles and the pain… and it is really hard to see him cry in pain when he has to take the chemo injections. ( ╥﹏╥ )

Tomorrow is another day of treatment all over again where he has to go for his biopsy and all his chemo treatments, and it is really tiring physically, emotionally and mentally – not only for him, but for us as well.