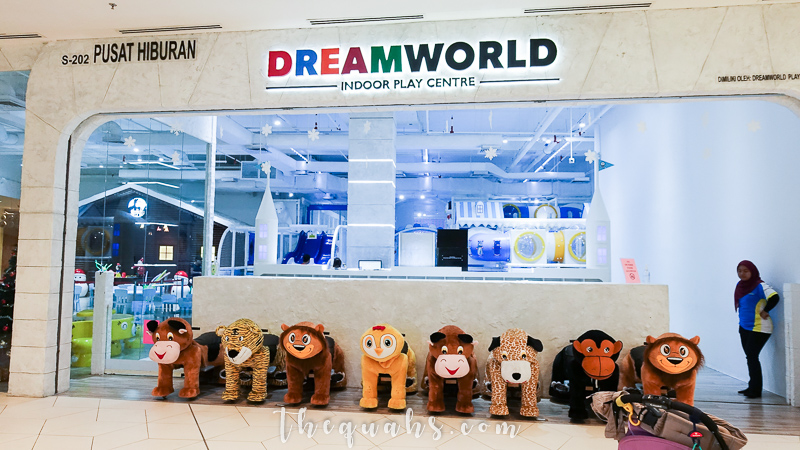 It is that time of the year again where we have to look for school holiday activity for kids. As parents, there are times when we would want to take part in the children’s activities, and there are times when we need a breather to run errands while they are busy with their kiddy things. So, we were invited to check out the activities DreamWorld Playland has organised specially for this holiday season. 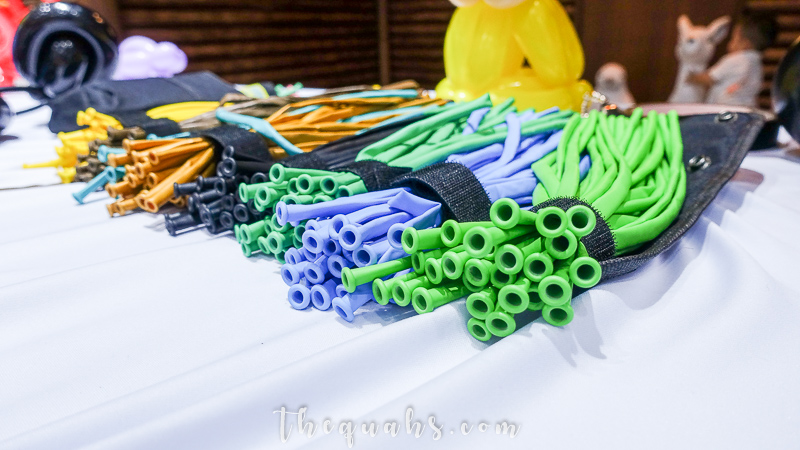 All of us always think of balloon art being something only clowns are able to do especially during events and parties. Not so! At Dreamworld Playland in Starling Mall, Petaling Jaya, there is a Balloon Art & Decoration Workshop being conducted for the holiday season, and this is the time parents and children get a chance to get a hands on experience on twisting balloons into all sorts of cute and interesting things. 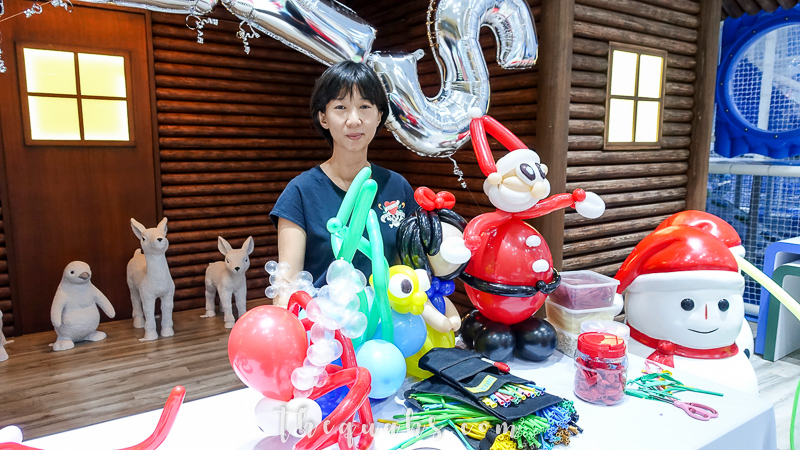 The workshop is conducted by Ms Jenny Liew from Jenny’s Craft House. She has 3 years of experience in balloon art under her belt, with tutelage from Taiwanese and Japanese Balloon Artists. Other than working with DreamWorld as one of their major corporate customer, she also does home and office parties as a freelancer. 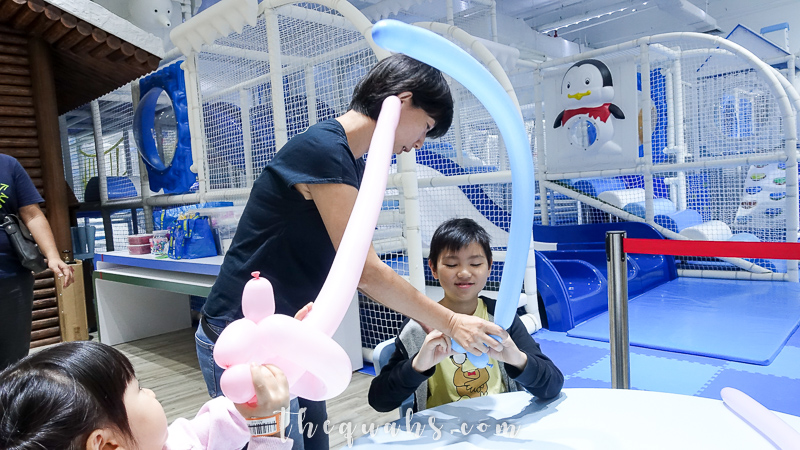 At the beginning, it took a while to get the kids together since they were too excited. After they’ve settled, each child was given balloons; the number of balloons depending on what will they be making. During our first session, we made simple balloon art such as a sword, a sword holster, and a helmet. These are super easy but can be a bit of a challenge for the younger kids. By the way, we learned that every workshop session is different, and participants will learn different types of balloon art! 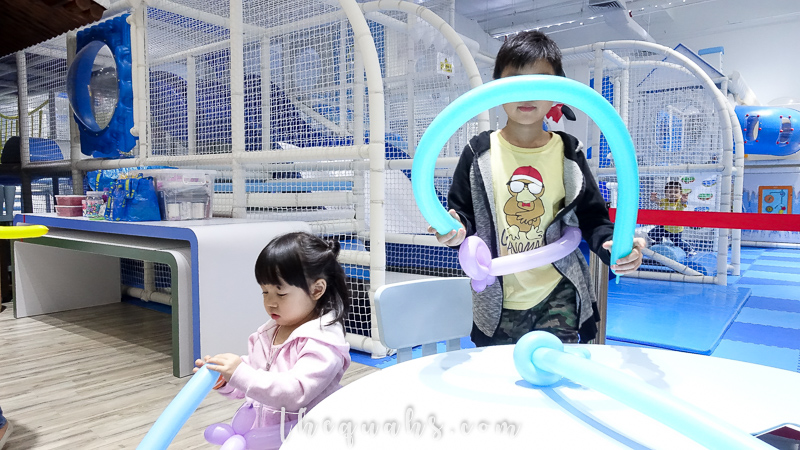 #theSmally had some hands on instruction from Ms Jenny and can do it with some practice, but for #bbquah, since she has super small hands, we had to help her. At first we were quite afraid that the balloons might pop, but they are surprisingly resilient. 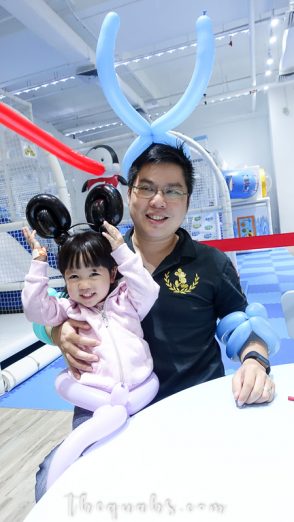 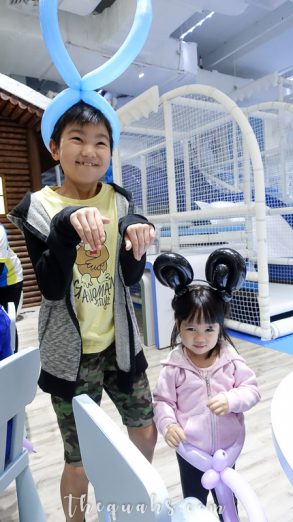 So the kids ended up messing around with it. The Mickey Mouse ears was one of the display units, but #mamaQuah made that Loki headgear. #theSmally thought he was an antelope though.  _へ__(‾◡◝ )> 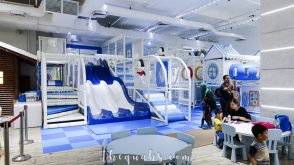 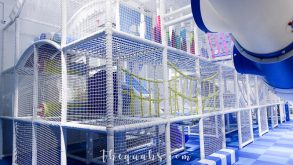 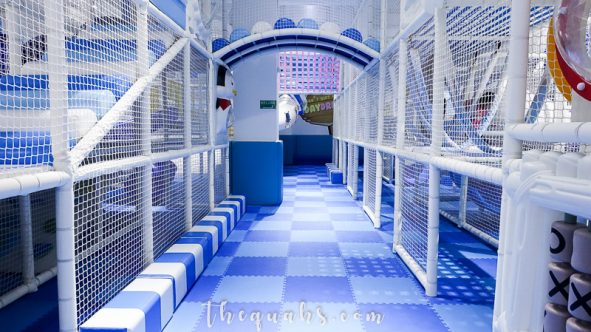 We had a short lunch break between 12pm-1pm before the next session, but the kids did not want to leave DreamWorld Playland since it was so fun to play there. If you paid for the workshop, you will have unlimited play time at the Playland for the day, which is why the kids rather play than leave for lunch and instead asked us to buy something light for them. 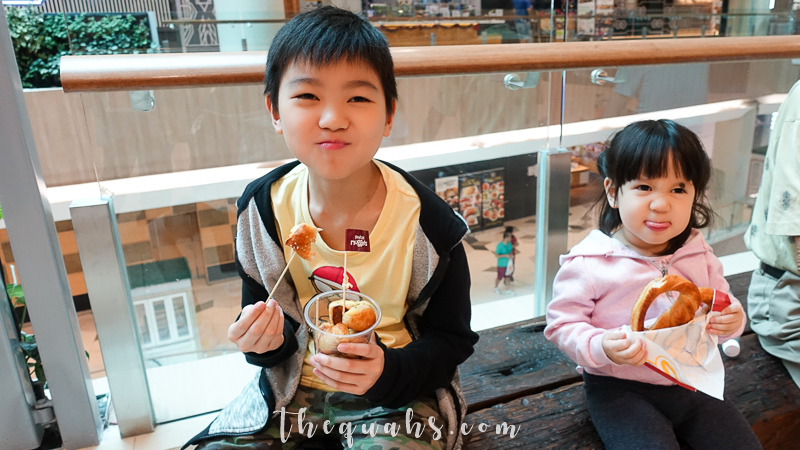 So, while they were playing in the Playland which they can’t get out of unless their parents pick them, we went for lunch, some light shopping and bought them some pretzels from Auntie Anne’s. 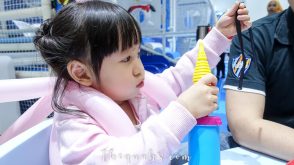 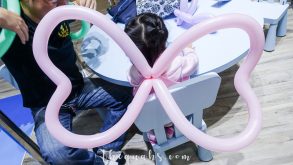 Our second session started at 1pm and ended at 2pm. This session was a little harder so both of us had to help both the kids. During this session, we made wearable Balloon Butterfly Wings, which is obviously our little girl’s favourite of the day.

The boys had their fun too, by making their own Star Wars Lightsabers with balloons, but the hardest was making a balloon octopus, which the kids tried but gave up halfway and asked us to call them once we are done so they can draw the eyes. 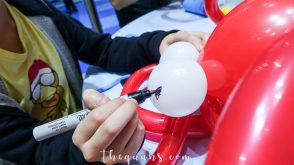 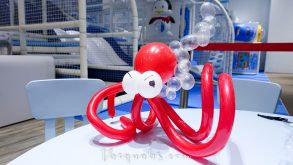 For the octopus, we had to blow our own balloons, make cuts and twists all by ourselves – with a little help of course. The children started out with enthusiasm but the play land enticed them more when things got a little harder. It was a really fun time though, for both the children and parents, and we bonded quite a bit. It will also be fun for you and your child, but do try to let them do things their way and not give too many orders. Usually we are pretty strict when it comes to learning, but this time we just let them have their fun. 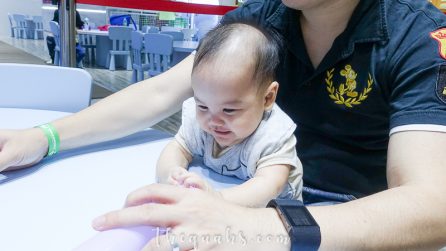 Even the littlest one had a fun time while we were making balloon art. 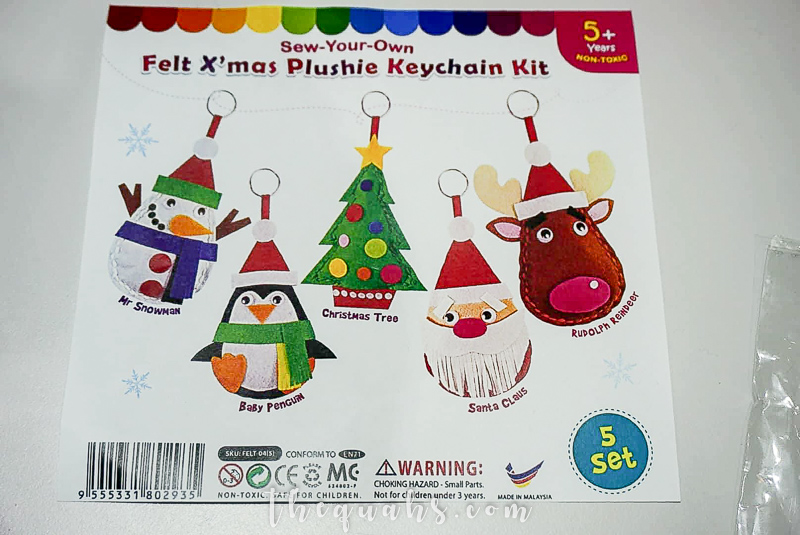 Not into Balloon Art? Well, DreamWorld Playland at Starling Mall and IOI City Mall will also be conducting Christmas Treats Workshops and Christmas Art & Craft Workshops throughout the month of December. 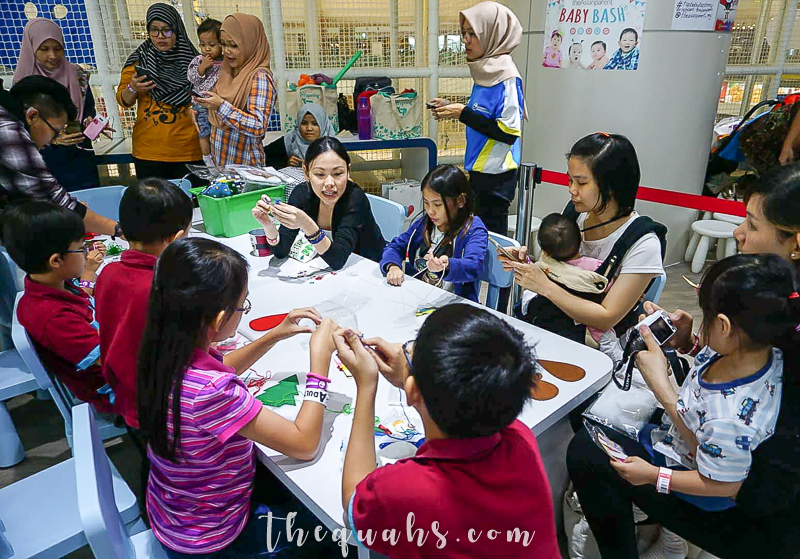 You and your child can enjoy making different types of arts & crafts like tote bags, magnets and keychains, or if you prefer foodstuff, you can join the treat decoration workshops held at both the Starling Mall and IOI City Mall DreamWorld Playland. 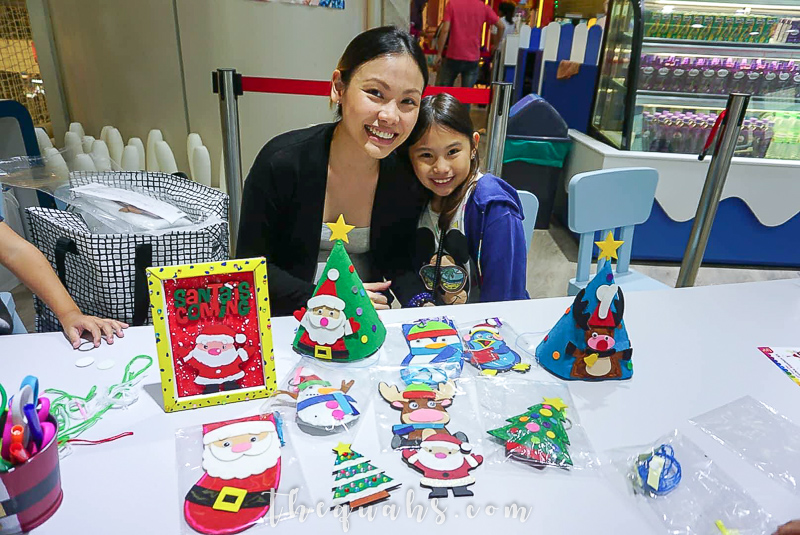 The team conducting these fun workshops consists of preschool and primary school teachers who are experienced in teaching art & craft at various international schools. The team is led by Ms Suzanne, a former Head of School of The Parenthood International Preschool, whom have had more than 12 years of teaching experience from various age groups – from workshops to carnivals, and even roadshows.

Interested to join the workshop? You should hurry and take part before the holiday season ends! Here are the details of the workshops held at DreamWorld Playland at Starling Mall and IOI City Mall. Call them to book a place or just walk-in if you are planning to head there for some shopping! 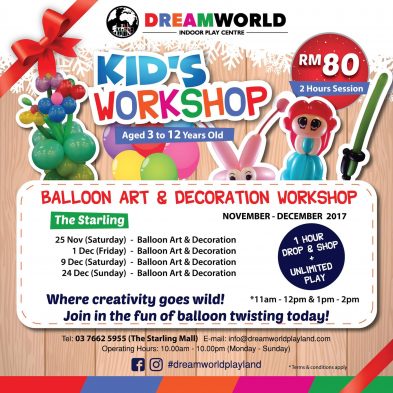 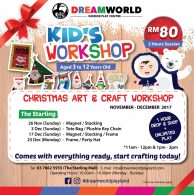 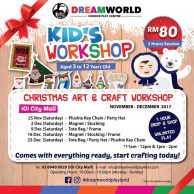 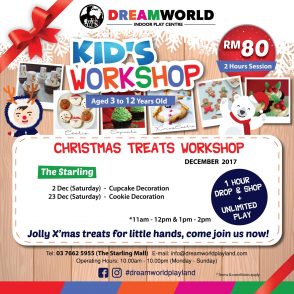 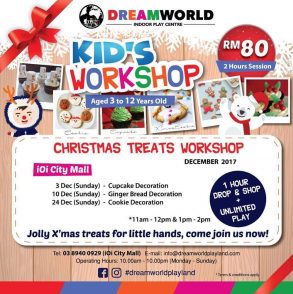