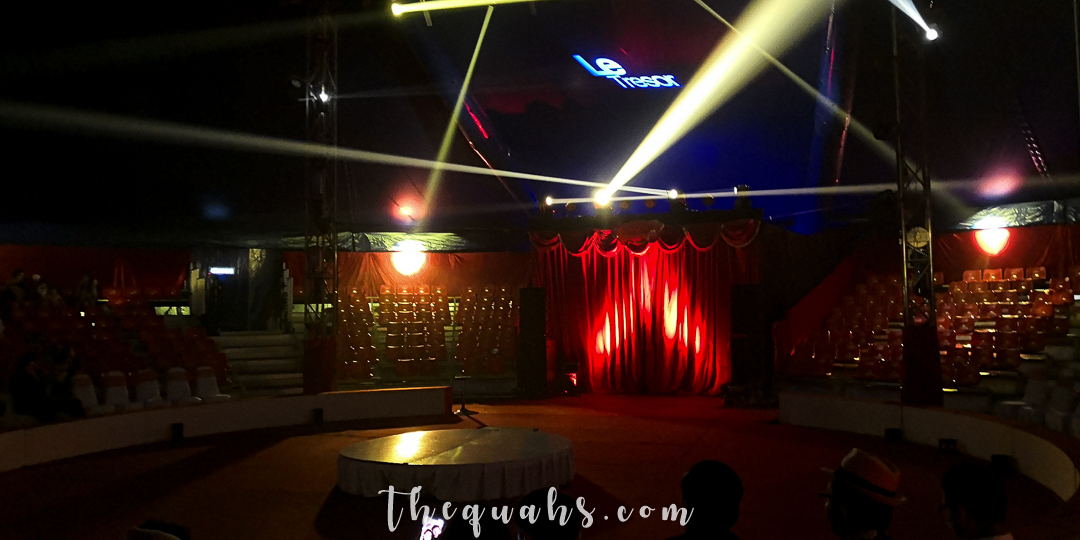 It has been a while since we last visited the circus. So when we had the chance to watch the Swiss Dream Circus with its Emotions-themed act, we grabbed it, especially since it was a circus we had not gone before, and it was held at a nice new area. A good chance to check this place out! It is just so unfortunate that #theSmally could not go since he just only finished a major treatment earlier that week. 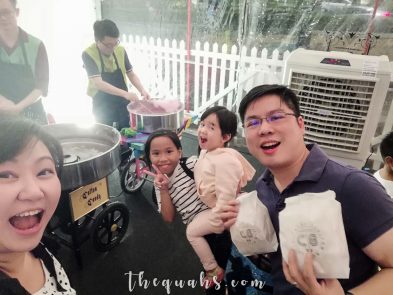 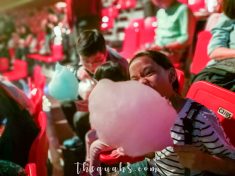 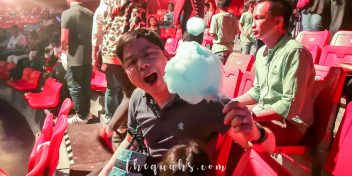 The show slot starts at 8pm, so we had some time to grab dinner nearby at Plaza Arkadia, and saved a little space in our bellies for the snacks sold at the circus lobby area. The kids actually specifically mentioned that they would wanna eat lesser dinner and save space for more snacks… and boy they did! Freshly made cotton candy (colours specified by you!), warm caramel popcorn, lollies, sausages on a stick and even dim sum (dumplings)! Be sure to bring along lots of wet wipes to clean up those sticky fingers and faces! 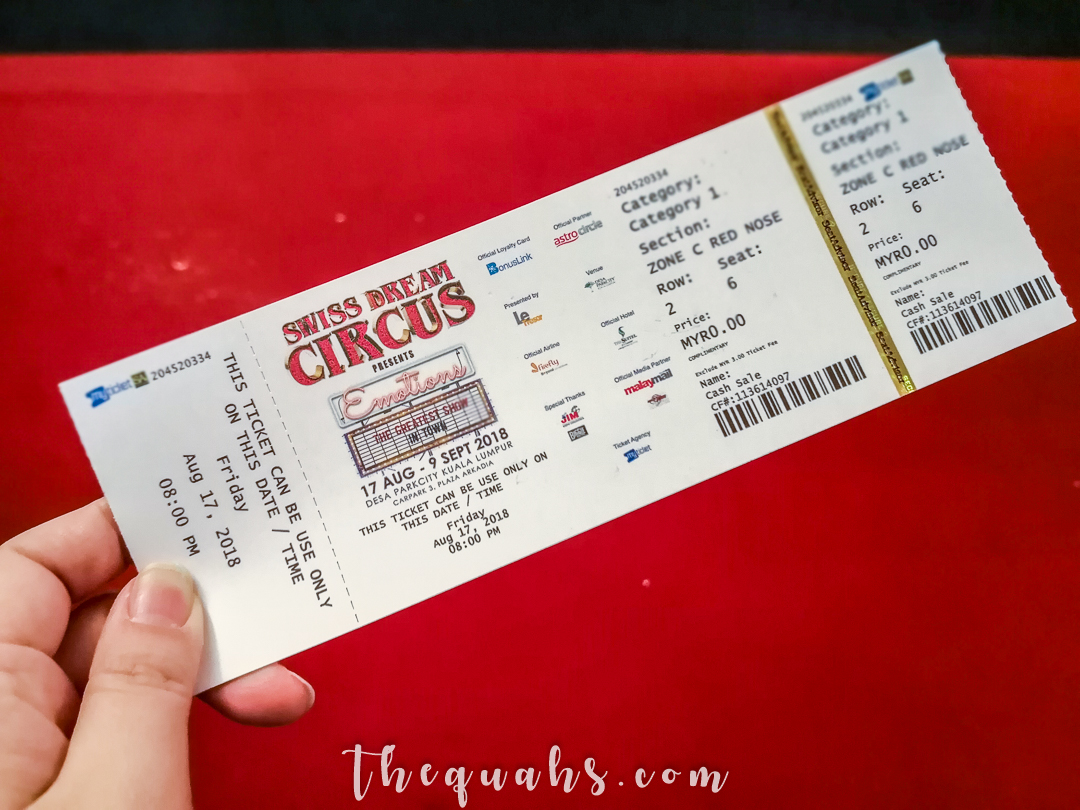 We were seated at Zone C Red Nose (yeah, funny way of naming!), and this ticket costs RM149 per seat. We sat quite close to the centre of the ring and it was really clear, so this seats are pretty good. 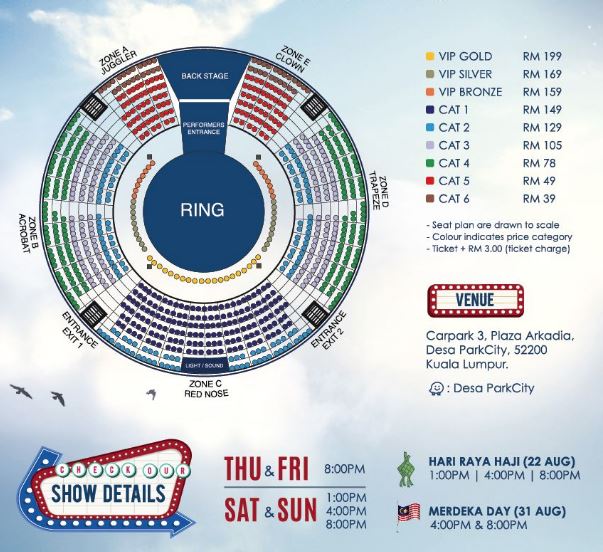 Of course if you can seat at the VIP areas will be much more exciting, as there is where the action happens. But Red Nose zone area would be one of the best places to be seated at. The air-conditioning all around is also pretty good so it wasn’t stuffy. 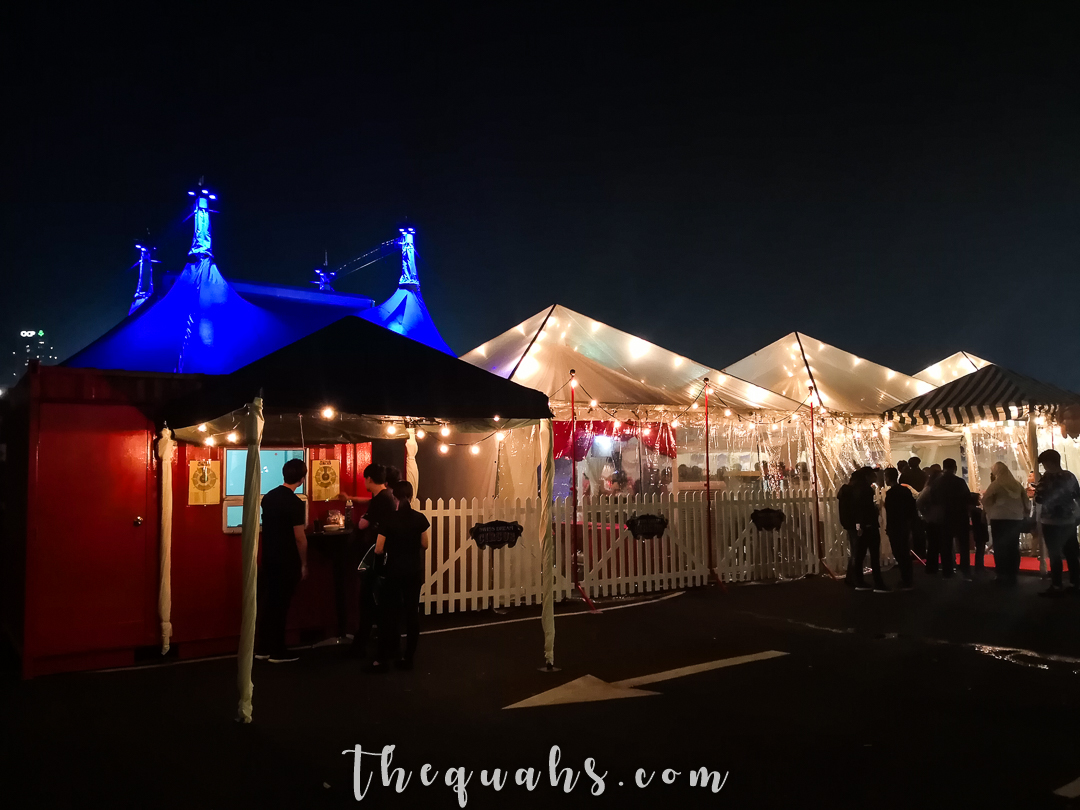 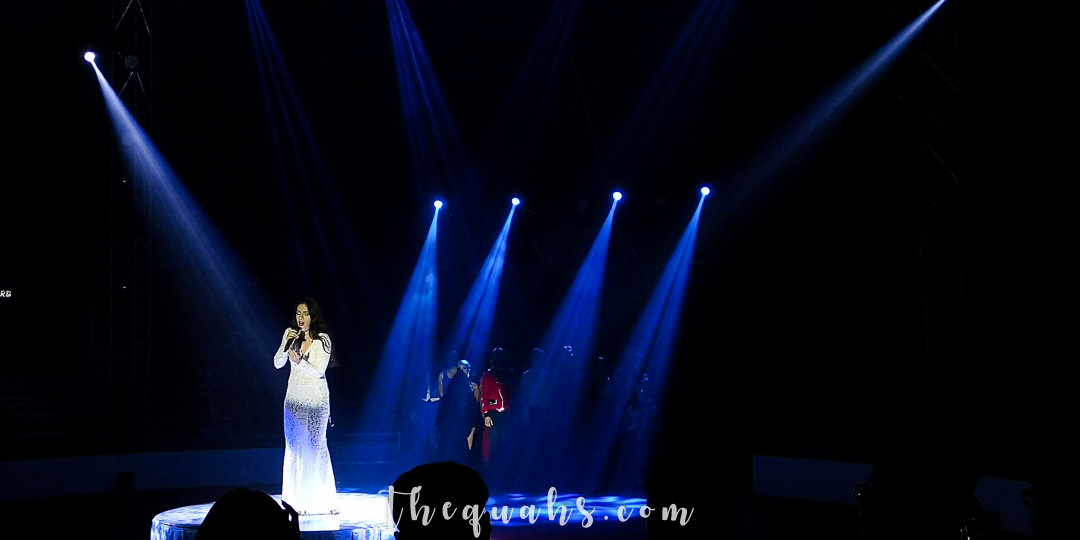 What was most surprising was the number of live music. The show started with that famous song from ‘The Greatest Showman’, and throughout the entire show, we enjoyed beautiful singing and violin accompaniment during different acts. Very unique way of circus showing I must say. 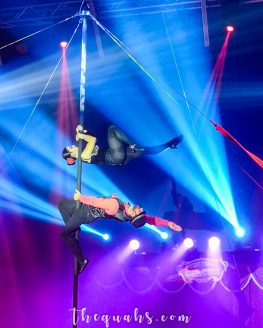 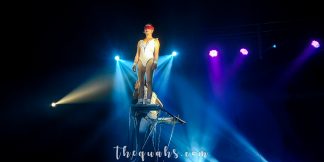 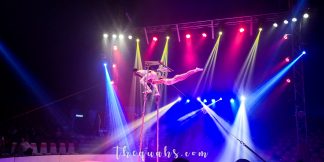 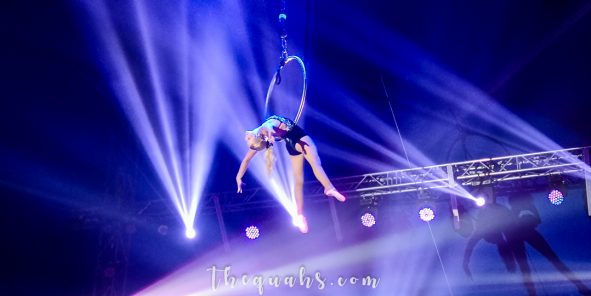 We were treated with beautiful aerial stunts and acrobatics. Although the big top was not very high, it was high enough to give you the jitters and a sense of wonder at their guts and beauty. Even the kids were in awe. Because it wasn’t too high up, the kids can watch it easily without getting neck aches. 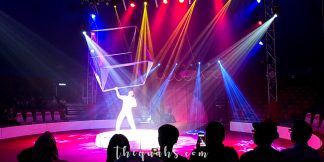 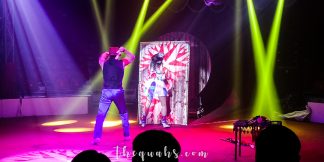 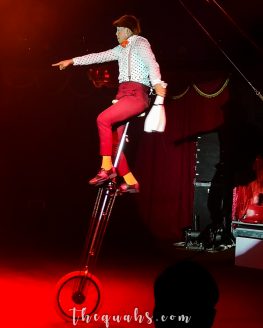 I think the reason the show was themed ‘Emotions’ was the way it was arranged. There were slow expressive dances, interaction with the audiences with some funny (but not overly cheesy) clown acts, and some trilling acts like the knife throwing act. The knife throwing act was the bomb! It was heart gripping to watch them throw different sharp objects from knives to spears to even hatchet!

Hurry before it ends! 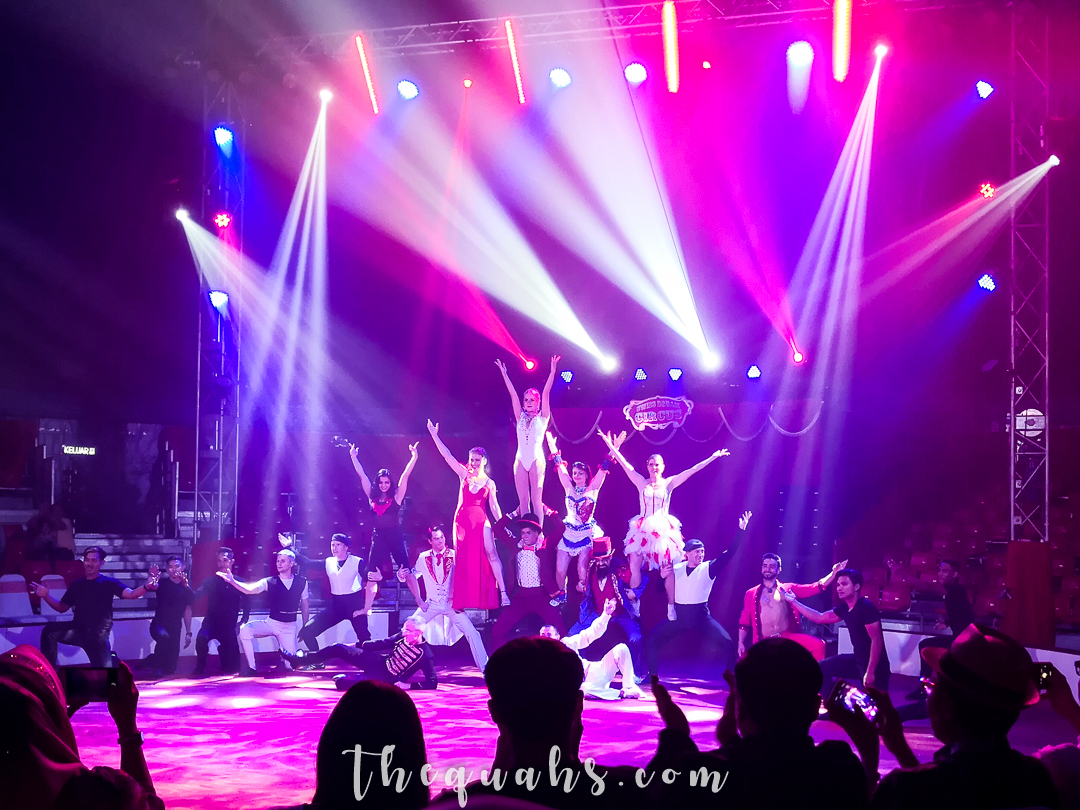 This international traveling circus will only be here at Plaza Arkadia, Kuala Lumpur, Malaysia until 9 September! There are more shows on Merdeka day so at least you might have a chance to catch them before they leave. 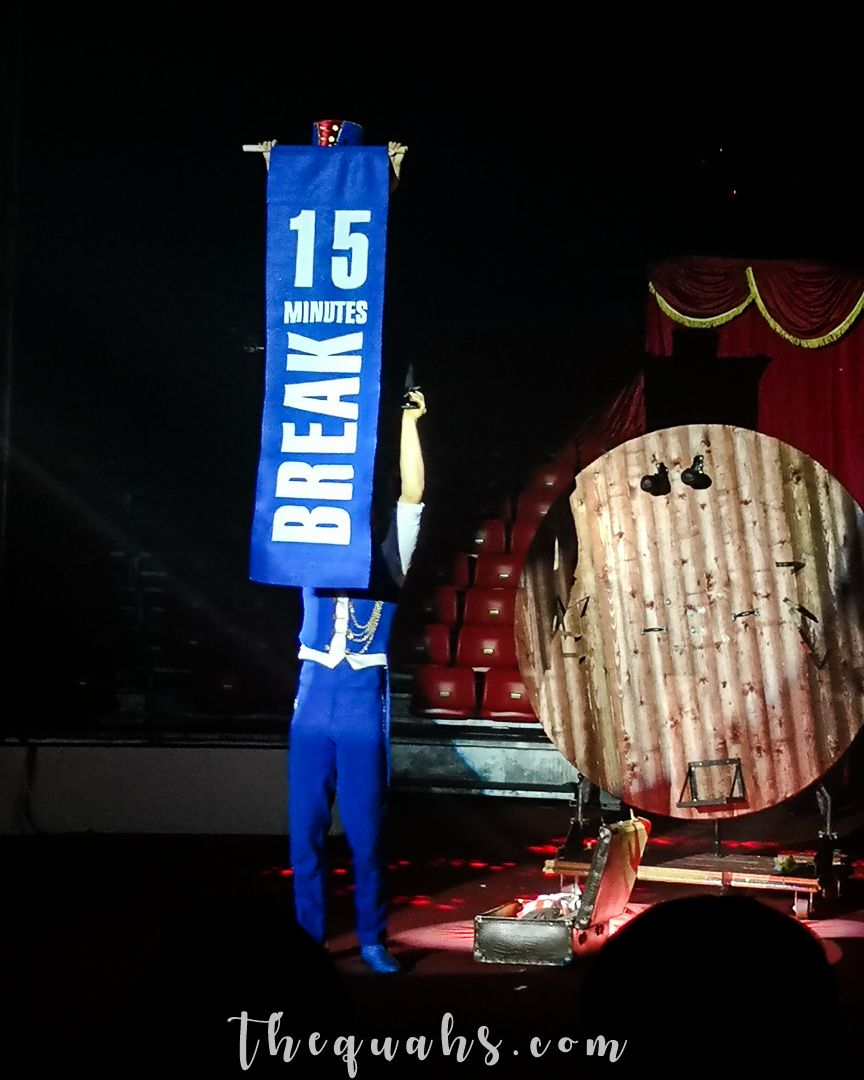 The entire show lasts for around 2 hours or so, with a 15 minutes intermission for your toilet breaks, or in our case, snack breaks. There is lots of parking available, and it costs RM3 per entry. It isn’t very hard to find the place – there are lots of sign boards along the way as soon as you enter into Desa Park City area. 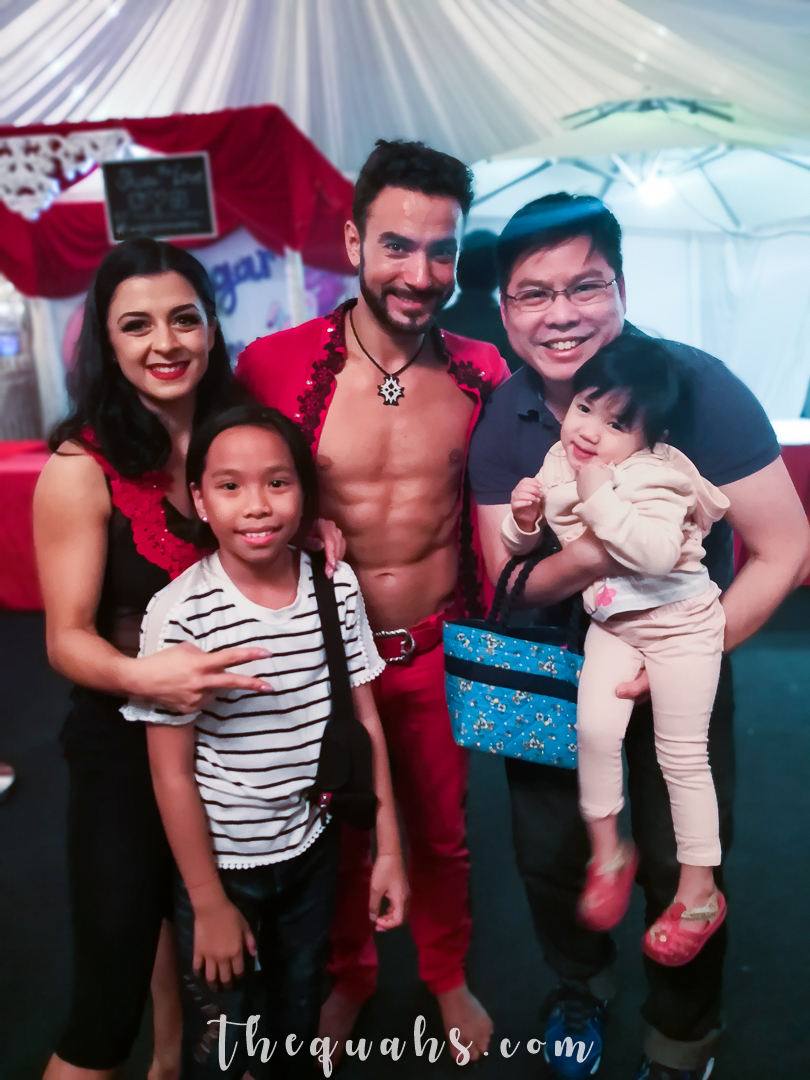 The kids enjoyed it as much as the adults. They didn’t get too distracted or bored during the show. Since #theSmally couldn’t make it, we took a friend’s daughter with us.. let’s call her #MandaPanda. Anyway, we took #bbquah only and left #littlenugget at my mom’s instead of taking him along since such a little one won’t be able to enjoy it and might annoy other people instead. This couple here are our favourite act for the entire show, see if you can spot them during their act and let us know if you too think you like their circus act the best!

Check out other activities that will be going on in the coming months at Plaza Arkadia and Desa Park City! Put them in your calendar so you won’t forget! 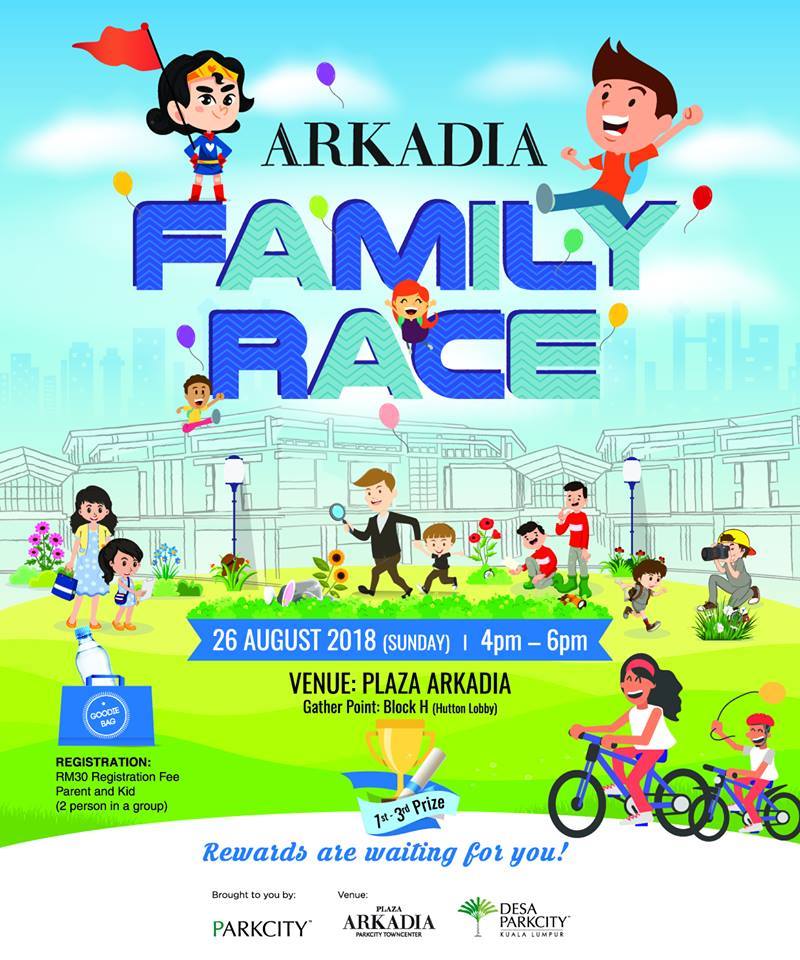 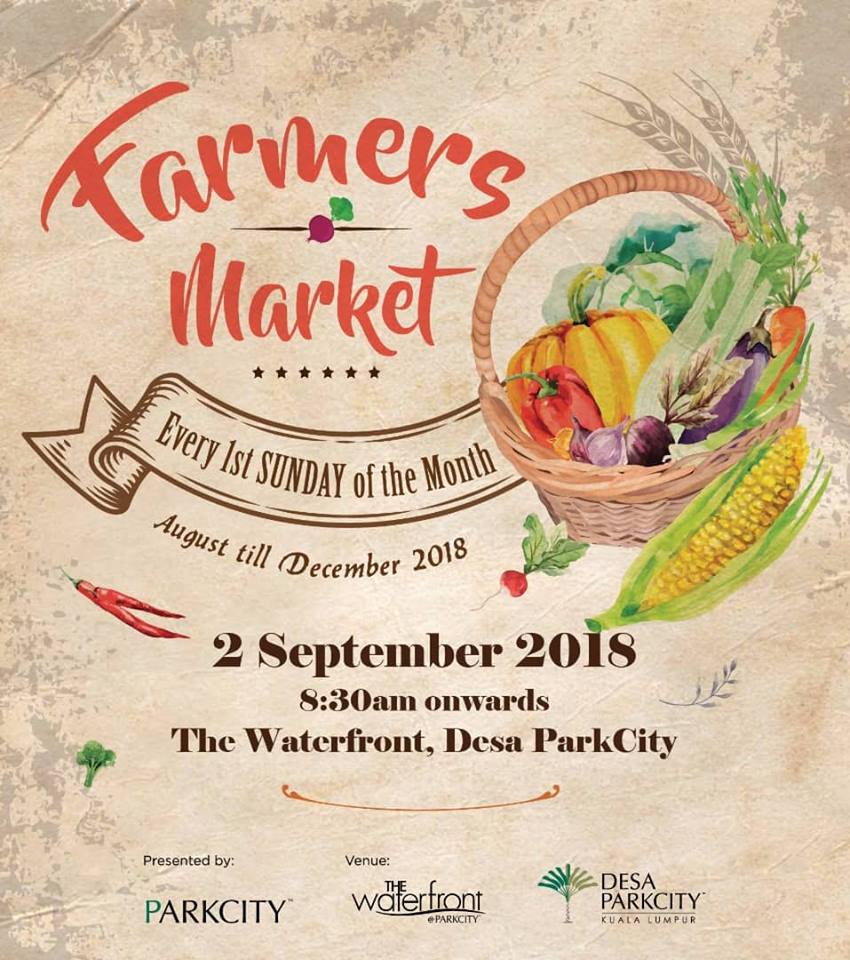