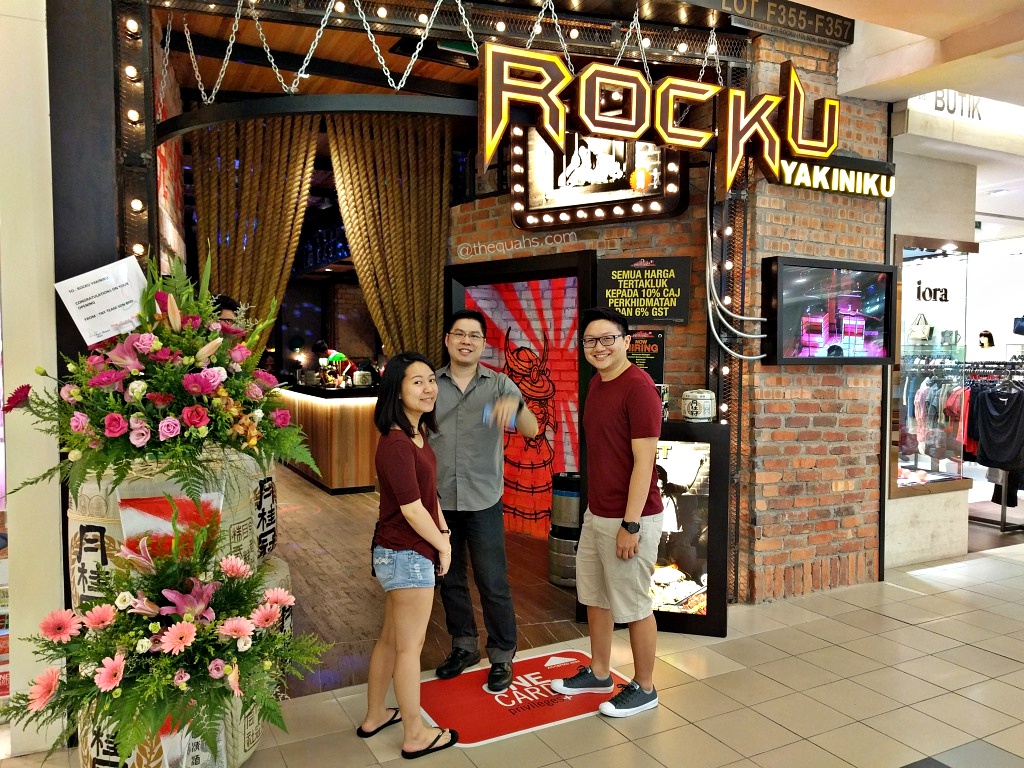 theMister and myself have always wanted to try out Rocku Yakiniku for a while now but never got to it since we were just too lazy to fight through traffic to head to Pavilion KL. But ever since Rocku was opened at 1 Utama, we had to find time to try it out, especially since my meatasaurus sister and her bf wanted to check it out as well. 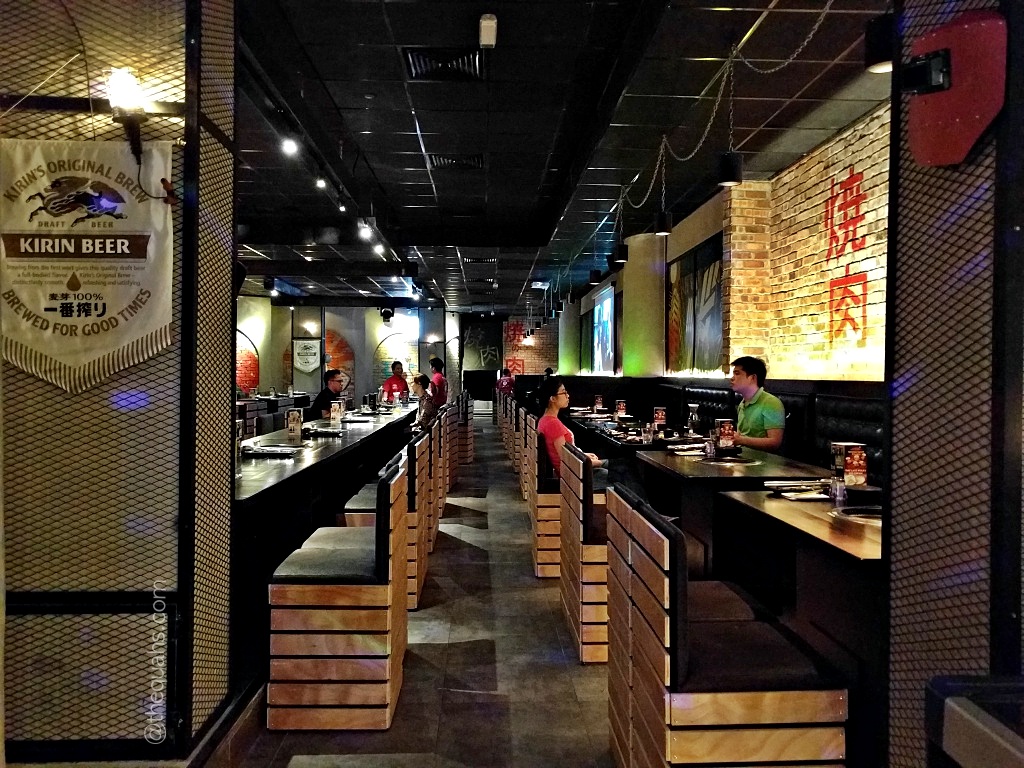 Rocku is located at the First Floor of 1Utama New Wing, where Watami restaurant used to be. You can find it easily since it is just a few doors away from Starbucks and Nandos, which is easily spotted from afar. 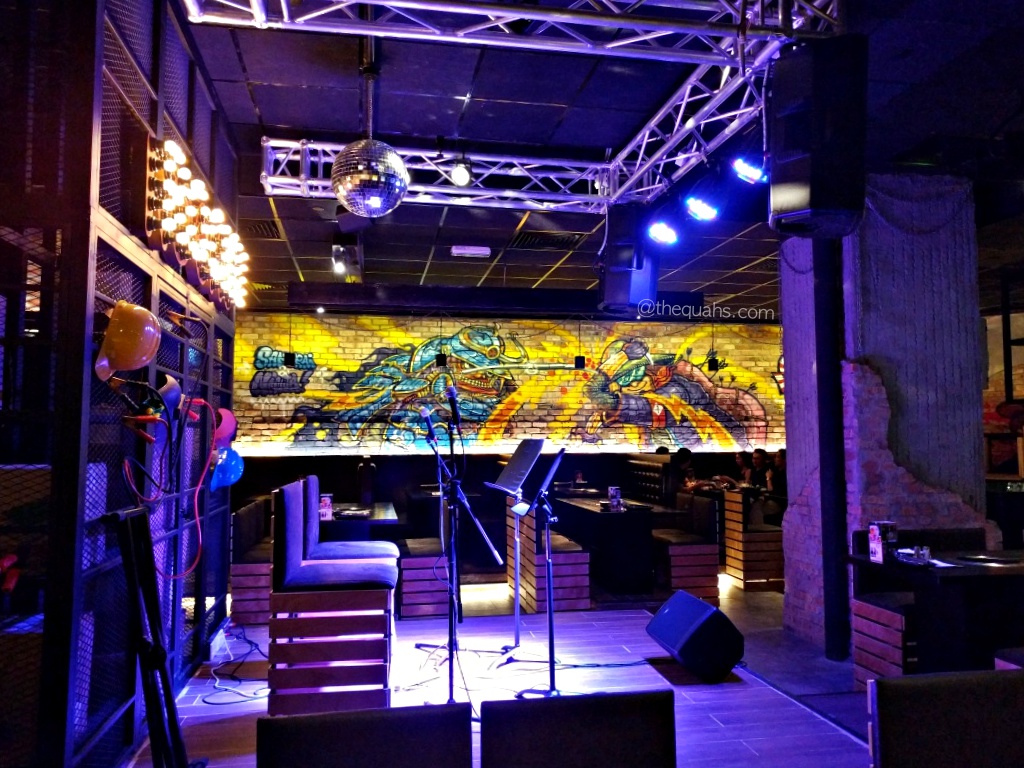 We chose to head over on a Friday night since according to Rocku website, there are some sort of entertainment on Wednesdays and Fridays. However, after we were there, we realised that the entertainment schedule was probably for the Pavilion KL branch instead of the one at 1 Utama. There was still entertainment though… we were serenaded with “jazz” live music, which wasn’t really jazz but more of an unplugged live music of mostly Chinese ballads. It was still nice to the ears.

Now, let’s talk about the food. First things first; make sure you make reservations as the place is usually quite crowded, and try to get your whole party there before you get seated or they might not let you in. Once you’ve made reservations, be there on time as they will only hold your table for 15 minutes. 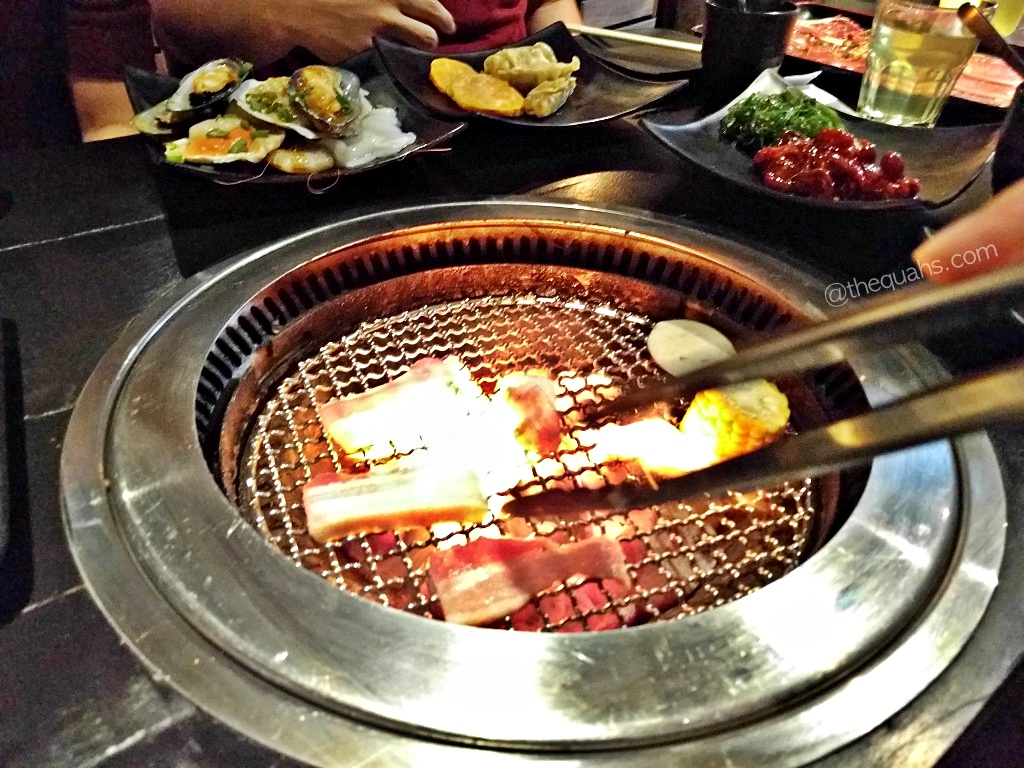 The place is quite dimly lit and quite tightly packed. However, I noticed that there isn’t any smoky smell despite it being a BBQ place. We noticed later on that the BBQ pit itself has a really good suction system (those little slits around the grill) that sucks out all the smoke as it rises. Even when we reached home, our clothes and hair didn’t stink of smoke which was awesome IMHO. 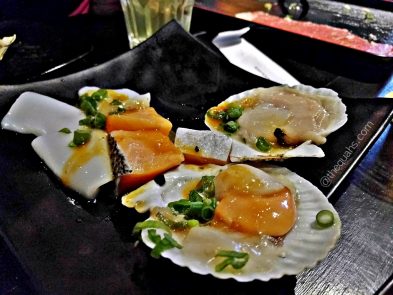 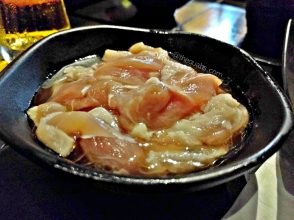 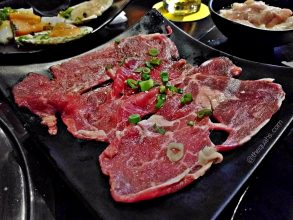 Your waiter/waitress will attend to you and recommend you to take one of each type of meat if you’re there for the first time. They have beef, pork, chicken, lamb and seafood to cater to everyone’s tastebuds. 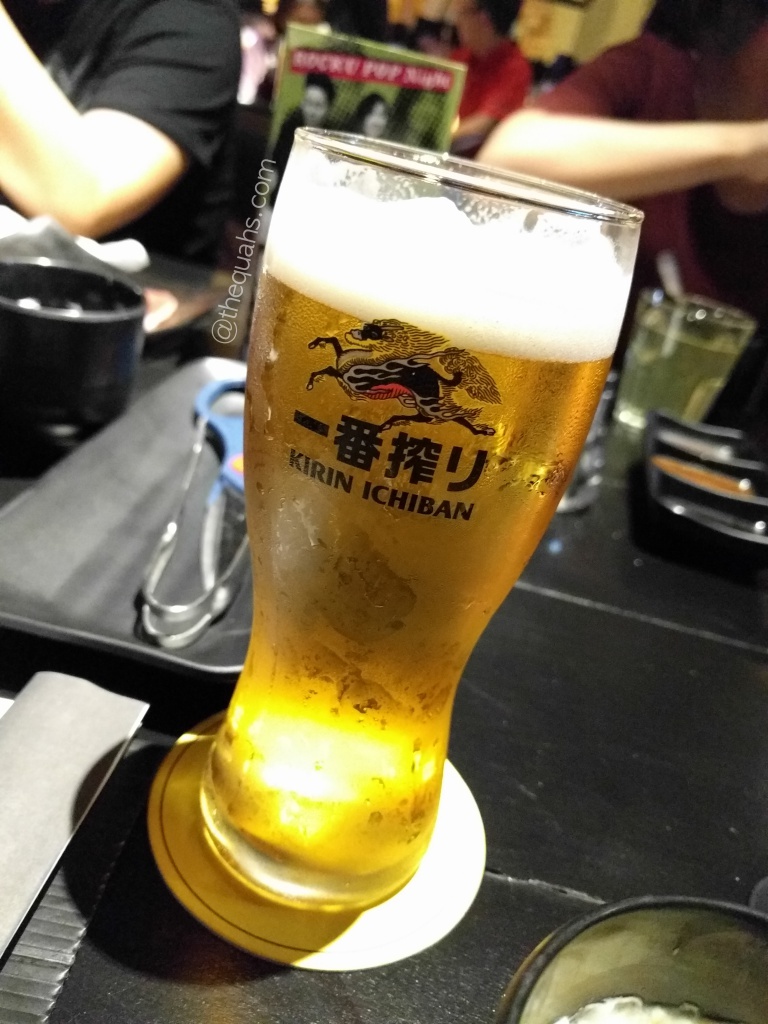 As for drinks, unfortunately there is no free flow of that, but a jug of green tea costs about RM3, while a pint of Kirin beer cost about RM25. 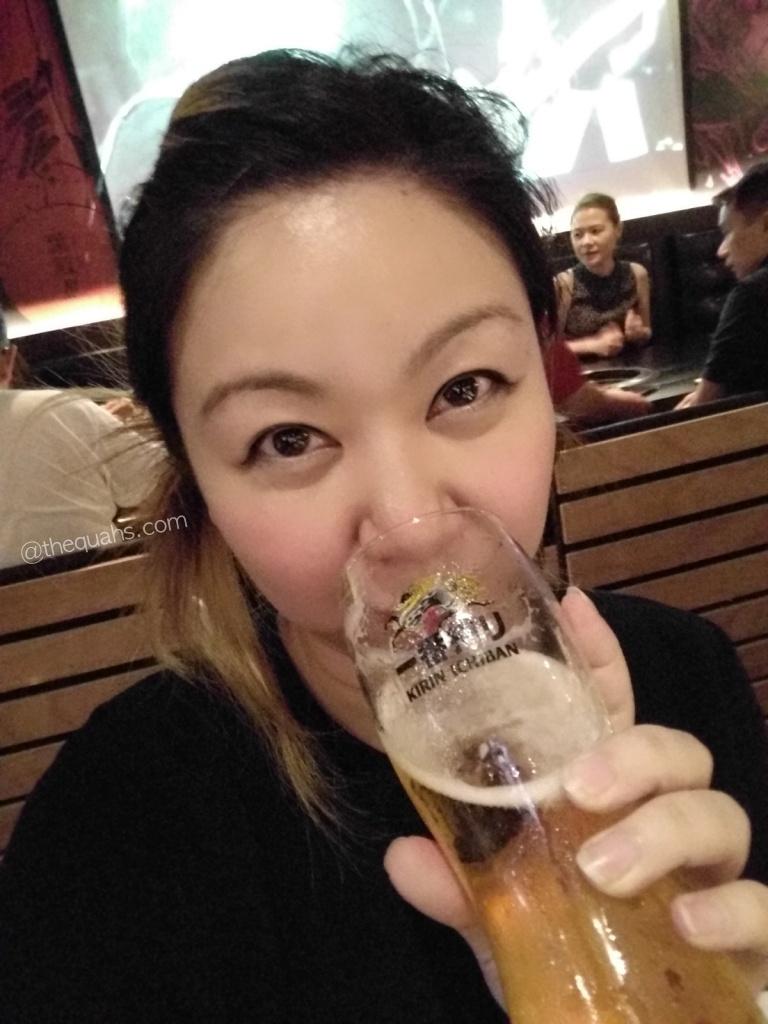 Currently there is an ongoing promotion of Buy 1 Free 1 for the beer, so you can enjoy ice cold Japanese beer with your BBQ meat. 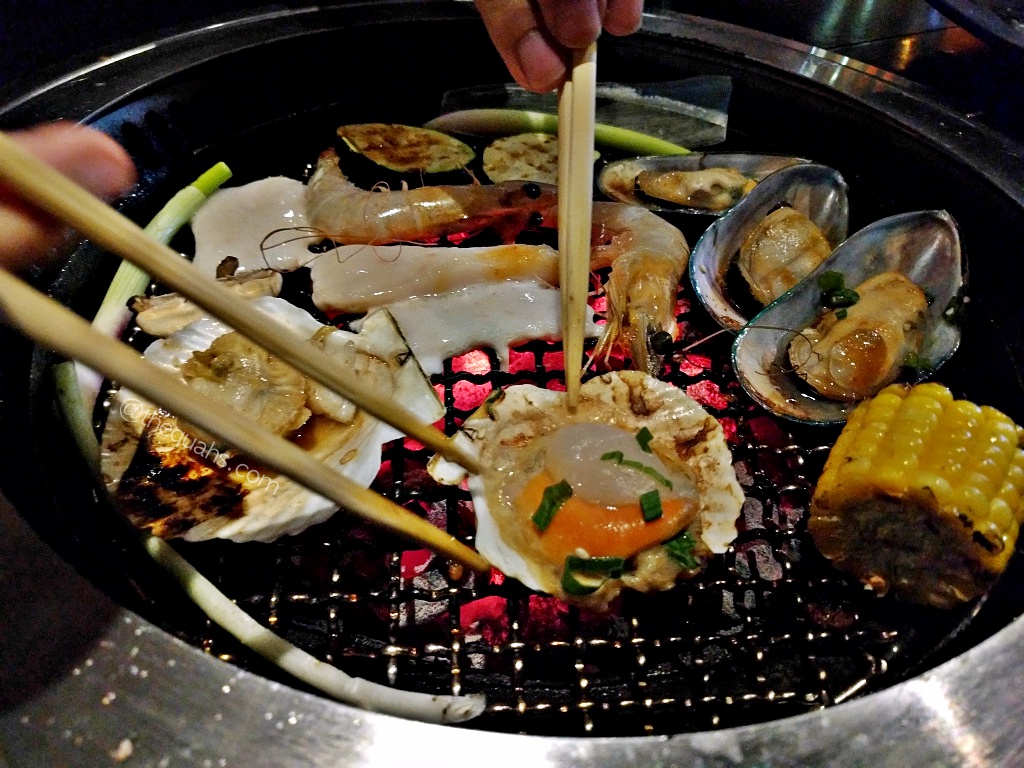 They serve your raw meats pretty quickly, and you can proceed to BBQ them to the way you like it. It was really fun, especially since we were having BBQ in an air conditioned place instead of with the mosquitoes outdoors. 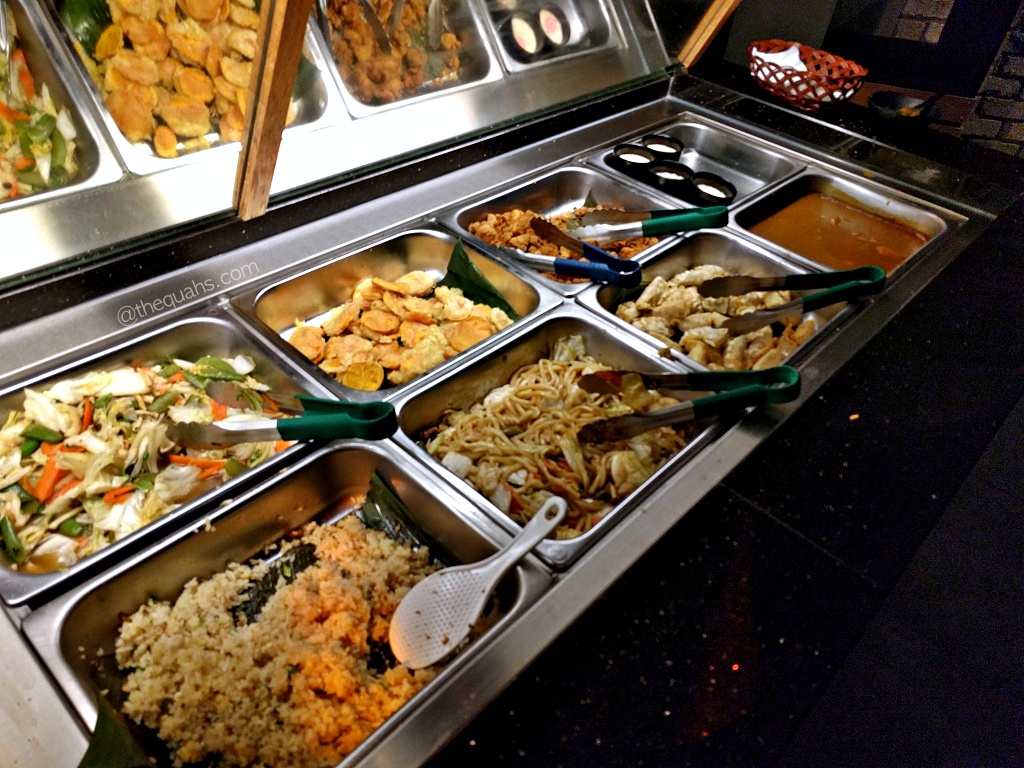 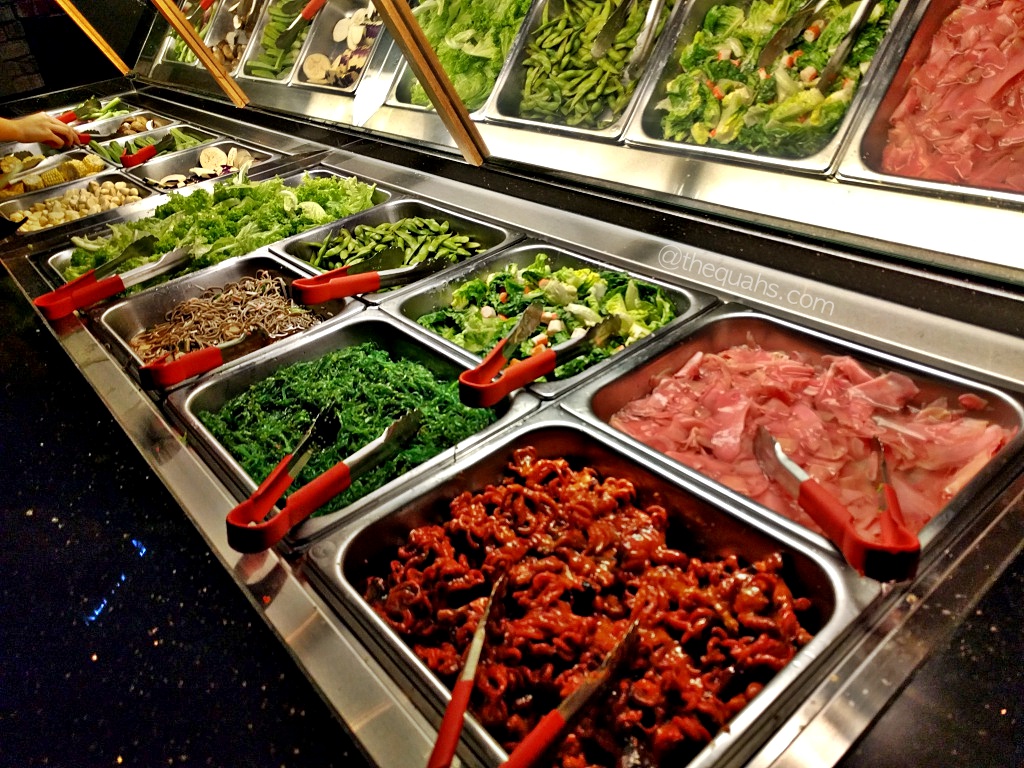 There is also a variety of vegetables to BBQ along with your meat like shiitake mushrooms, courgettes, okra, eggplant and more. Don’t forget to try out the sauces to go with your meat, or do what we did: dunk the vegetables in the miso sauce and ponzu sauce before BBQing it. Yums~~ 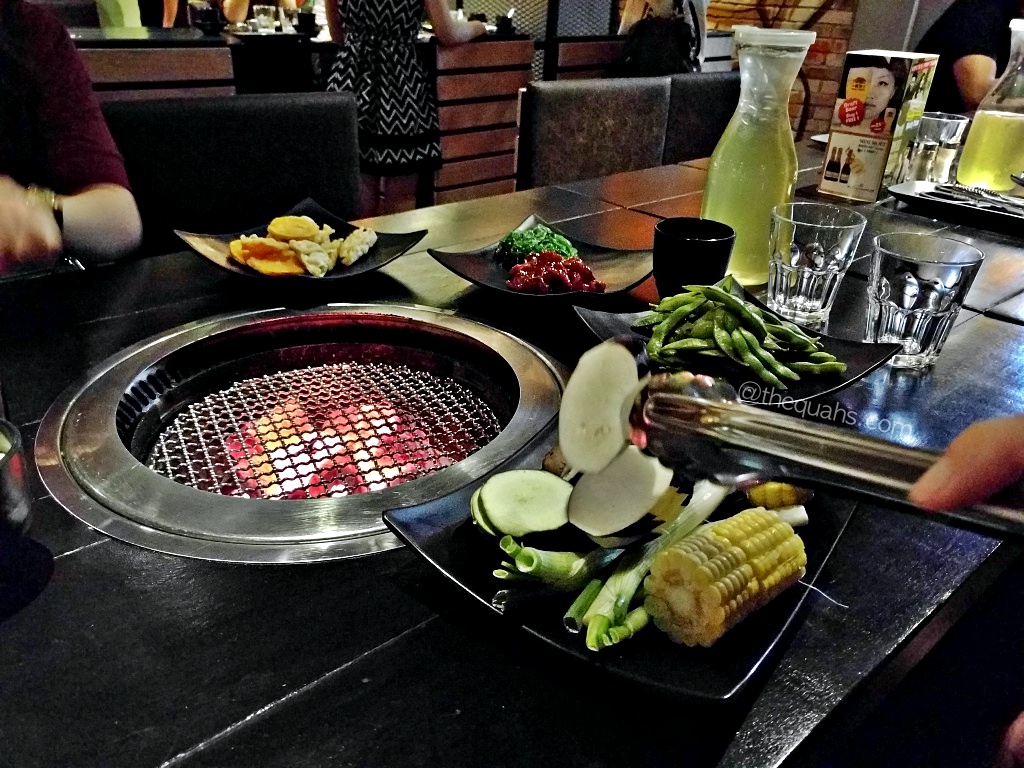 Overall, the food was pretty good. Meats were well seasoned and marinated especially the chicken, but we found the lamb a little gamey, and the prawns and squid were not too fresh. The mussels were really sweet and juicy though, and the pork belly BBQed till crispy was just divine.

For the price of RM49.90++ (with children getting 50% off) for a 100 minute buffet dinner, I felt it was pretty reasonable, especially with a spread like this. Food was generally well made, not like how come places tend to skimp on quality food during buffets. Also, don’t be shy to request more charcoal should your embers be too small to cook your meat properly. 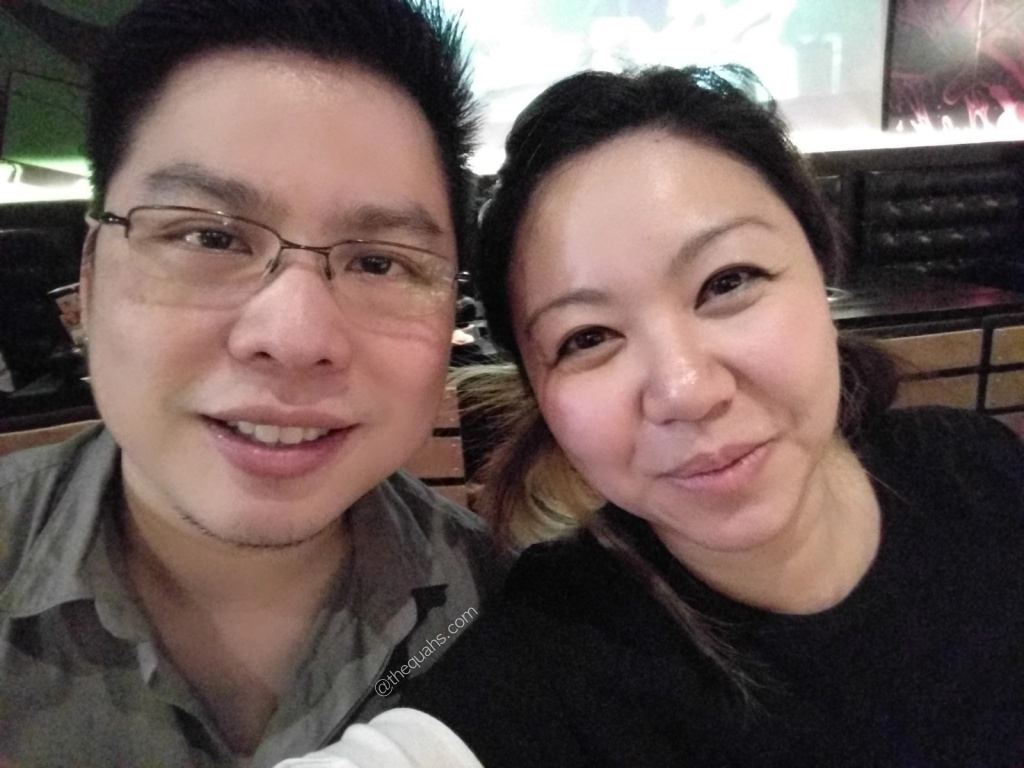 We will definitely go again. (Yes, the photo makes us look like bobble-heads since the Nexus 6P phone was way to near. Lol)