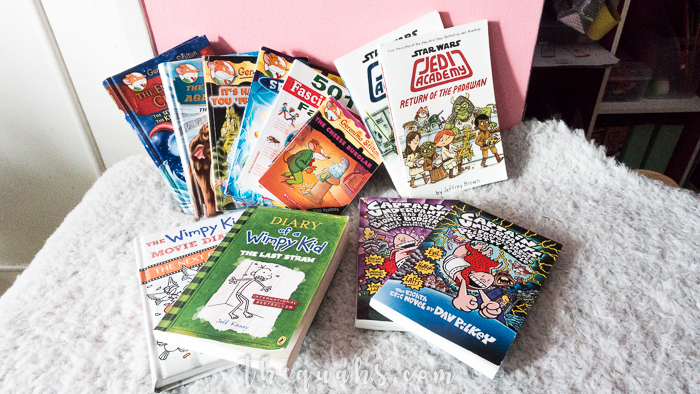 Truth to be told, it was really hard for us to get #theSmally to even pick up a book. Even buying comics for him was still not enough to get him to like reading, but one day, he suddenly started and he couldn’t stop. He is now reading so much and so fast that we are actually getting broke from buying him books! Anyway, here are some books we introduced to him that kick-started his reading habit. 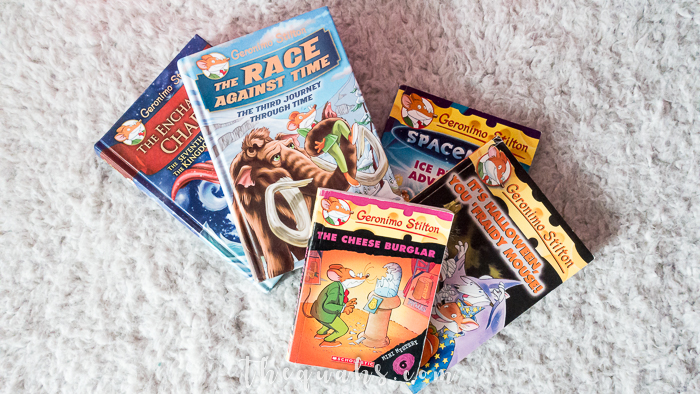 This was the series that motivated #theSmally to read. He was quite reluctant at first since in his mind, he always think reading is boring as there are “too many words”. Well, with the Geronimo Stilton series, there is definitely not too many words. Basically, there are a few types of stories parked under this series. Whether sci-fi, mystery, space adventures, or superheroes, there is actually quite a number to choose from. 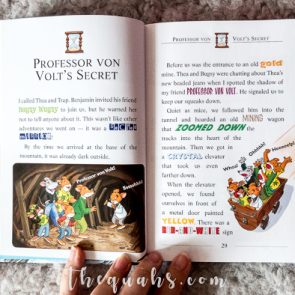 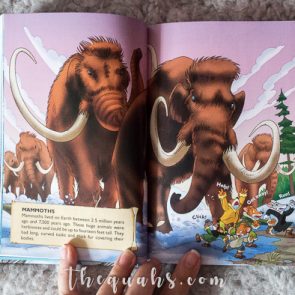 The stories on the inside are not just a wall of text, but have lots of illustrations between paragraphs and even full page illustrations, and all in FULL COLOUR! Talk about popping out of the pages. Interestingly enough, some fonts are different – larger and with colour, making them pop out of the pages, giving a little break from a wall of text. 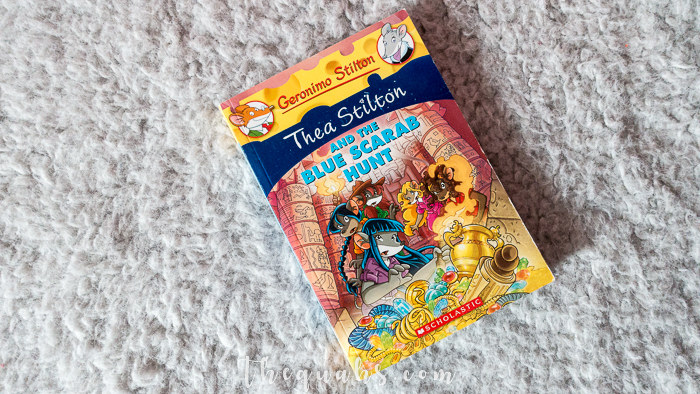 There is even Thea Stilton series, the sister of Geronimo Stilton, which is skewed towards the female audience. The stories are slightly different, but the way it is presented is similar to Geronimo Stilton. 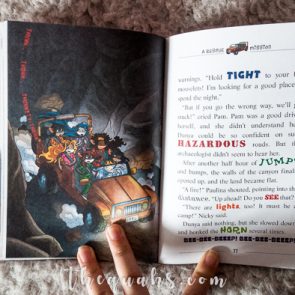 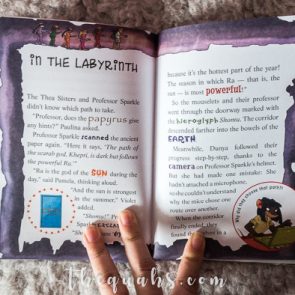 Lots of illustrations and in full colour as well, with the same variable font style. So, if you want to try introducing these series to your daughter, you might want to try the Thea Stilton range instead if she find Geronimo Stilton series too boyish for her taste. 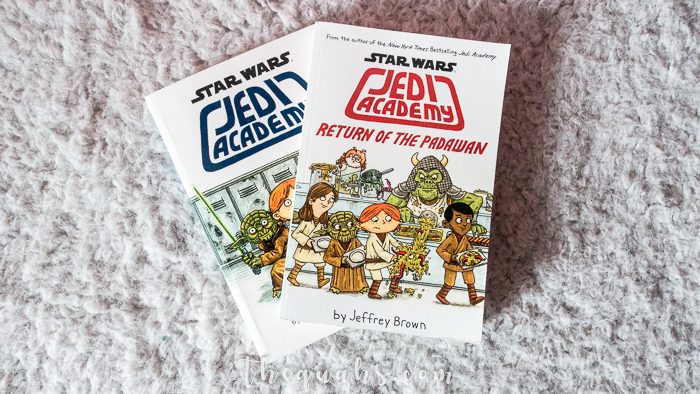 After #theSmally’s stint with Geronimo Stilton, we encouraged him to read other titles since he owns/read almost all of Geronimo Stilton books. He chose these Jedi Academy books and these more or less of the same format – stories with illustrations and comics. 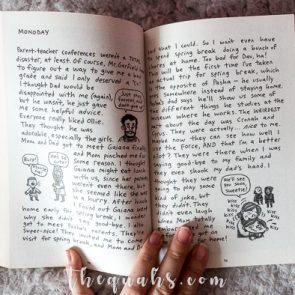 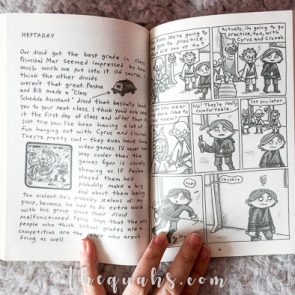 Fonts used in this book look like handwriting, which is probably chosen to give this book a more fun approach. Although it is just in monochrome, the comics and illustrations are a fun break from monotony.

Diary of a Wimpy Kid 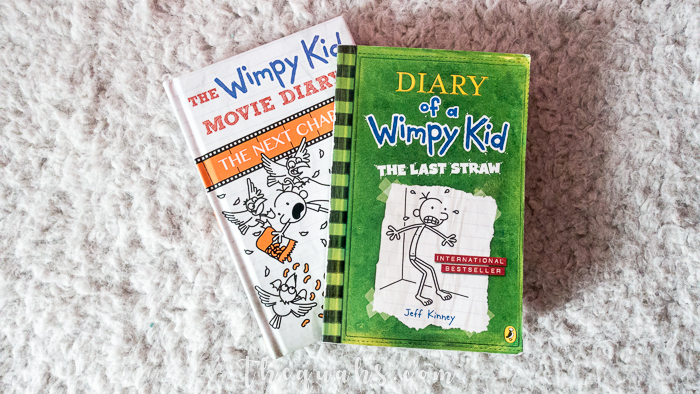 Apparently, this series is quite popular among pre-tweens, probably due to the movie going around. Whatever it is, at least we managed to get #theSmally to read more books and get out of his comfort zone, though we still can’t get him to read many full text novels yet. 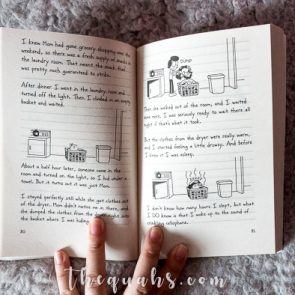 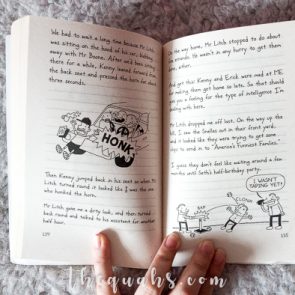 The way the story is presented is as if the illustrations and text were doodled in a classroom notebook. The stories are a little more teenage-styled, so do be warned that there are quite a number of middle/high school references in this book such as bullying, sibling rivalry, girl-boy relationships, crushes and such. So if you think your child is too young to learn this kind of things (although honestly, they probably already picked it up on YouTube), then maybe you might want to wait till they are a little older or when you think they’re ready. 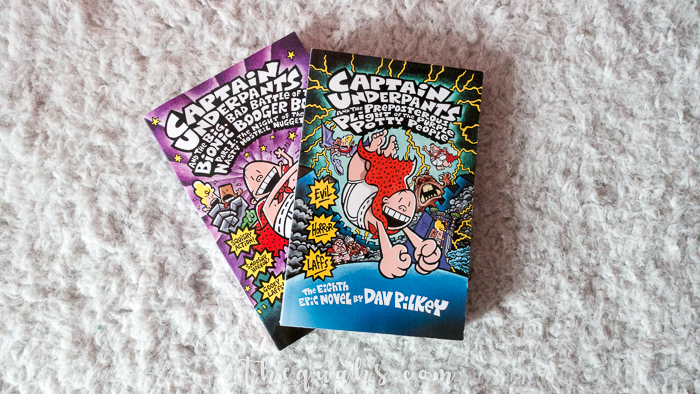 When #theSmally tried persuading us to buy him the entire series of Captain Underpants, we were a little apprehensive. With the somewhat weird morbid fascination with poop, pee, and fart stuff by kids nowadays (yeah, they giggle every time anything regarding these 3 topics come about), we didn’t really want to fuel that kind of passion. However, these series are not as bad as we thought. 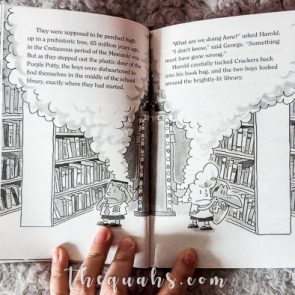 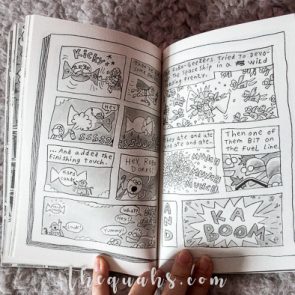 Since the main characters are aged 9+ and 10, the story is kind of suitable to that age group in a general sense. And Captain Underpants is actually an alter-ego of a mean headmaster, so basically the story usually circles around the school setup with some wacky superhero-like adventures. Quite interesting, and really different from the books we used to read when we were younger like Enid Blyton and stuff. Just like the other books #theSmally reads, this series also has illustrations and comic strips in between the text so as to not bore kids with wall of text. 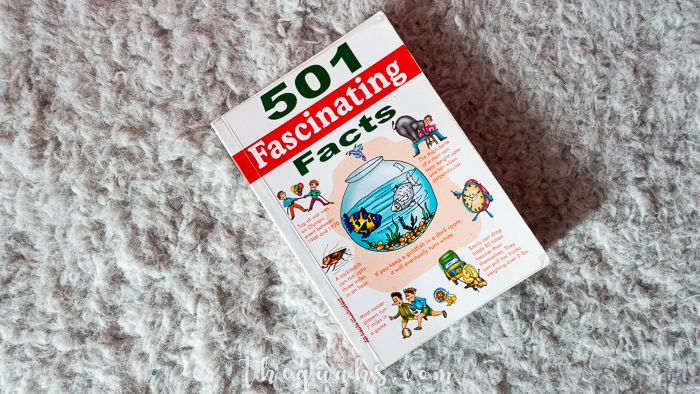 We got #theSmally this book a while ago, and he still reads it every now and then. We figured too much fiction is not too good knowledge-wise, so we got him this to add some general knowledge into his reading regime. 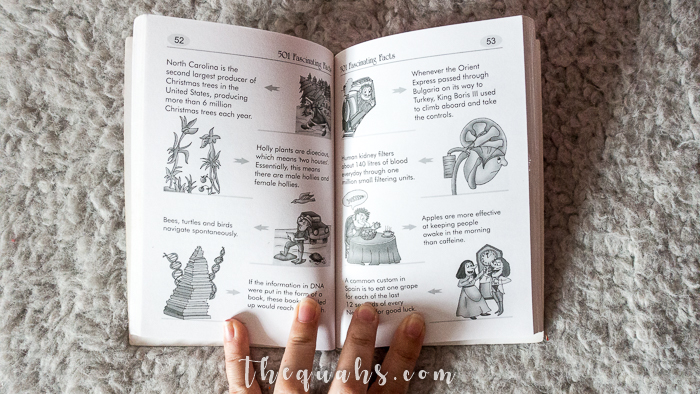 There is quite a few books in this series, and it gives quite interesting facts that as adults, we don’t even know of. It is presented in a way that even kids find it interesting. Just make sure to start with one that has your kid’s interest at heart.

These books are just examples of what you can try out with your children. However, finding a book that will spark that reading interest is not that easy. We realized that by limiting screen time (whether TV, computer, or hand-held gadgets), kids will automatically find things to do, whether its to draw, read, or play with toys. We also enforced no-screen-time in the car when traveling from place to place (unless it is a long journey outstation), and so the kids are encouraged instead to bring a book to pass time. It took some effort not to throw our hands up in frustration especially after buying a book, but at the end, it was kind of worth it… although we kind of have two minds about this since #theSmally reads way too fast now so it is painful to the wallet.

Try to borrow some books from friends at first, or just buy 1 book during a sale to test waters. Sometimes, just looking at it at the store is not enough to spark an interest.