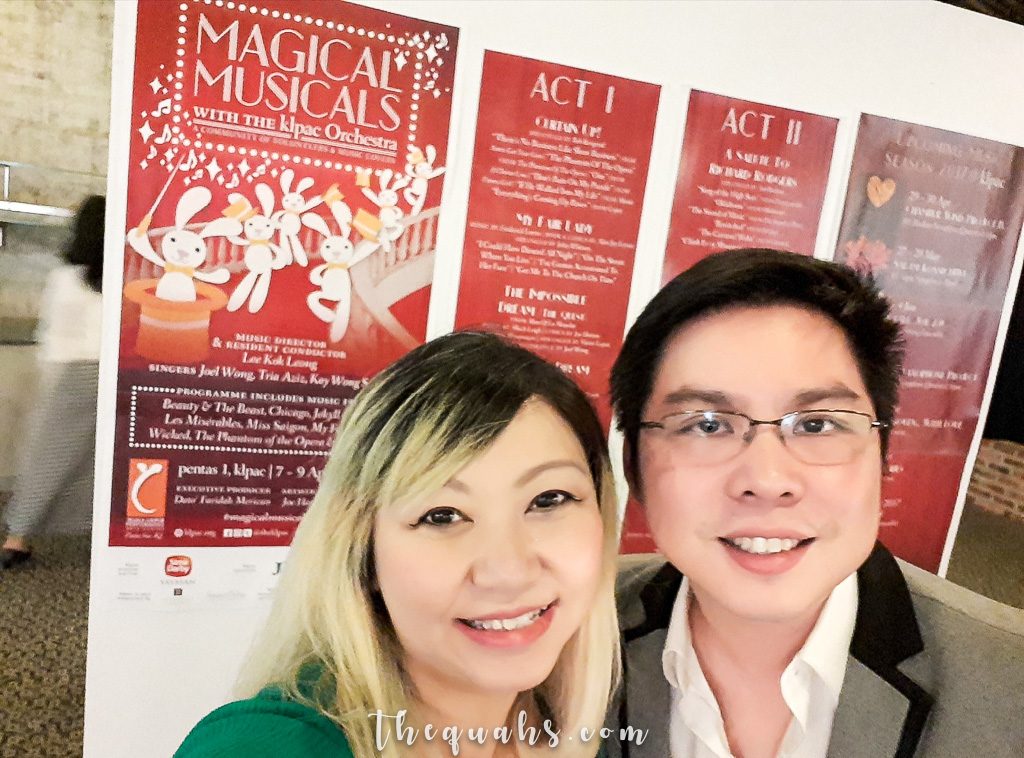 Date night. Somewhat of a luxury for parents with young children. Anyway, just last Friday, #theMister and I managed to find some alone time away from the kids (thanks Mum and Sis!), and from work (which is a bigger issue than the kids). Hubs bought tickets for Magical Musicals, an orchestra performance by the klpac orchestra, led by resident conductor Lee Kok Leong. Great thing about shows at klpac is that they are rather affordable, with this performance costing about RM66 per seat. You won’t find this kind of price if you were to head to MPO instead, but then, that is another level altogether. 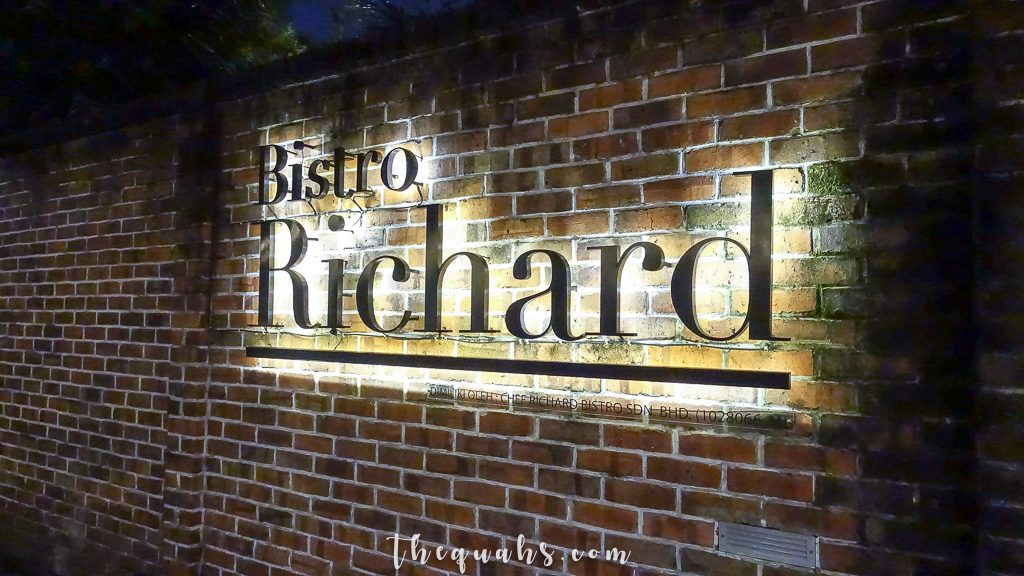 Anyway, we got there pretty early since it was a Friday night show, and usually rush hour traffic on Friday evenings are always atrocious. Our plan was to have dinner in the vicinity, however, there aren’t that many affordable places to dine around klpac unless you don’t mind walking to the shop lots outside of Sentul Park. I was not in the condition to do that, we had dinner at Bistro Richard, a French restaurant and bar just outside of klpac. 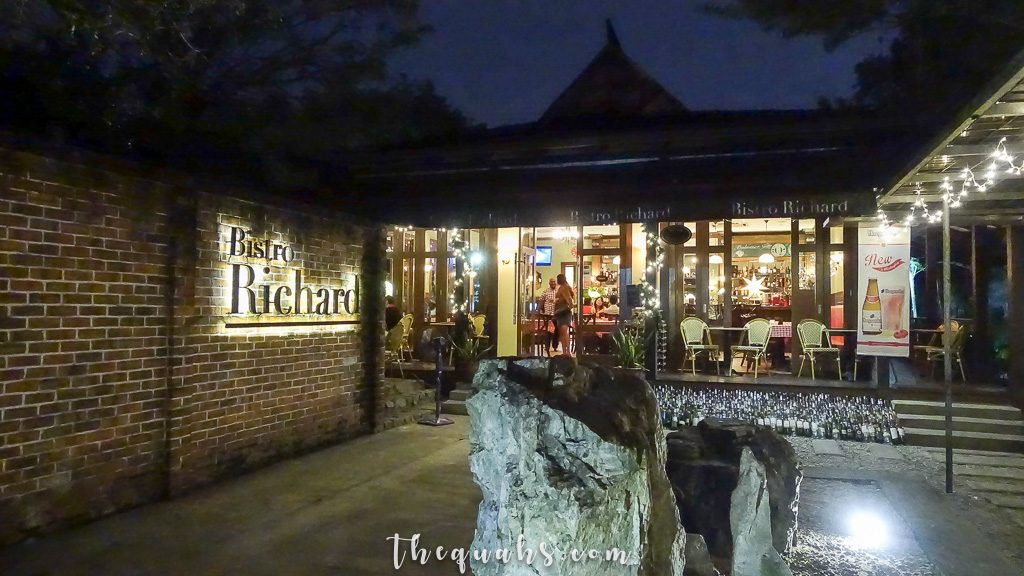 Thankfully I wasn’t wearing high-heels because getting into this restaurant can be ankle-breaking. The ground is made up of stone slabs and pebbles, so be really careful when going in. 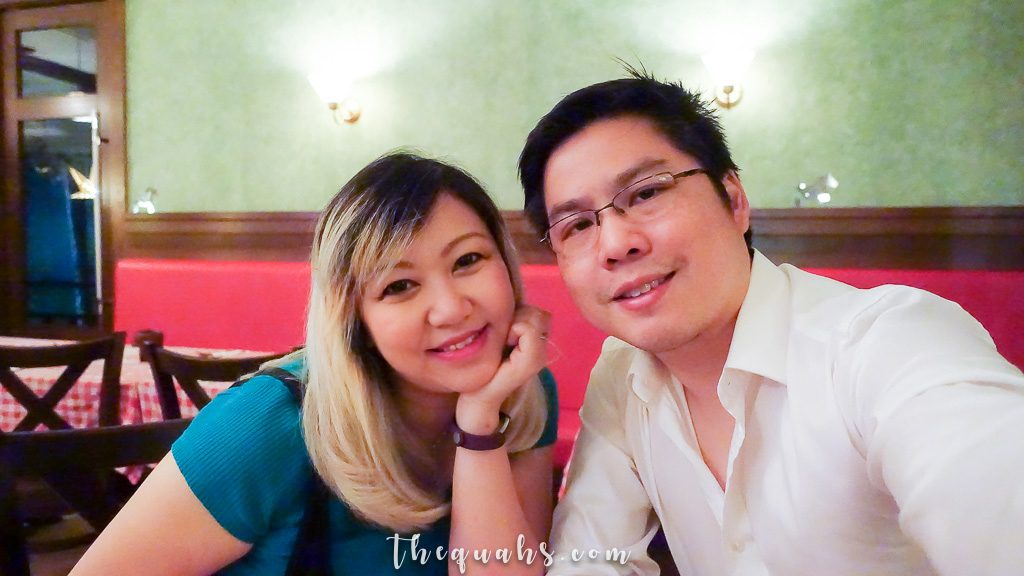 It is also really dark and dimly lit (which is why our photos look so bad since we weren’t prepared with lightings and such), but at least you can see your food, although taking Instagram photos can be pretty challenging. 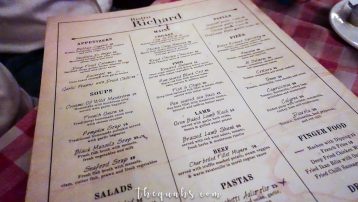 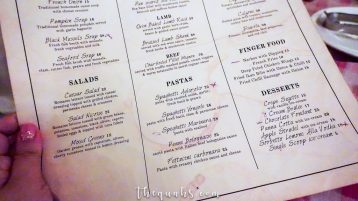 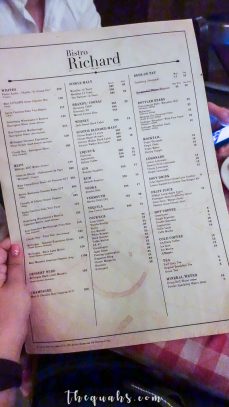 I’ve attached some photos of their menu, which can give you an idea on the price range and the dishes they serve. I hope they are readable!

#theMister ordered the Sea Bass with Mushroom Risotto (RM42) since he got hooked by the risotto, while I chose to have the Oven Baked Lamb Rack (RM52) instead. We had a glass of house wine each; a House Pouring Red Wine (RM25) for him, and House Pouring White Wine (RM25) for myself. A little costly for house pouring, honestly. 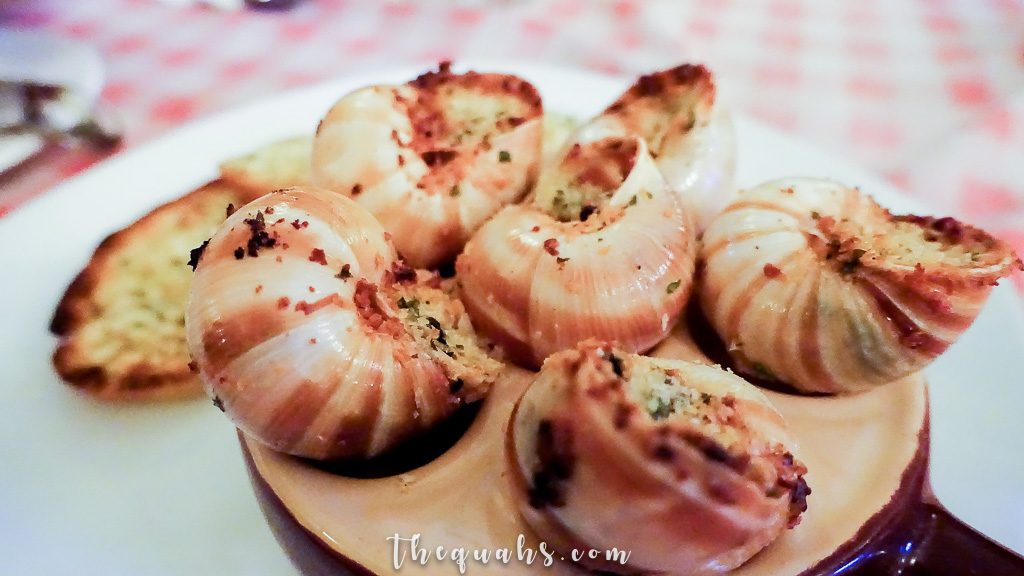 We also ordered an Escargot (RM28) to share, which came pretty quickly. It was supposedly oven-baked with garlic butter, but it wasn’t really buttery, and felt a little overcooked and tiny. There were 3 slices of garlic bread on the side, which kinda tasted sweet and we have absolutely no idea why. After much guesswork, we both think it is probably due to the butter used since the risotto also had the same sweetish taste. 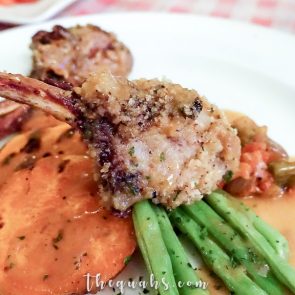 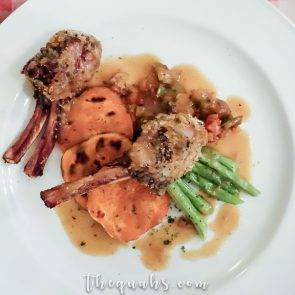 The Oven Baked Lamb was quite tasty, especially with the crumbly crust and herbs, with the inside well cooked and still juicy. The portion is a little small even with the little carbs on the side, so if you are a big eater, you might find the portion a little lacking. But nevertheless, it was a tasty meal albeit a small one. 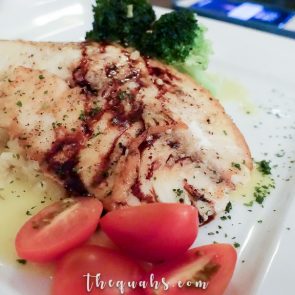 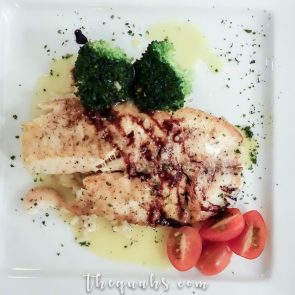 #theMister wasn’t as satisfied with his meal. The fish was alright, could’ve been better if seared a little longer. Looks a little too pale and texture is too soft. The risotto was also disappointing as it was weirdly sweet, and should’ve been cooked a little longer. It was overly el dante, and with too much liquid left behind; so it felt as if we were eating some gruel. And with such a premium price, we didn’t expect the dish to have raw cherry tomato halves as a side, which felt very slipshod. 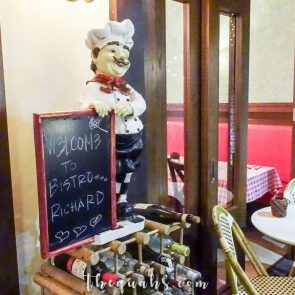 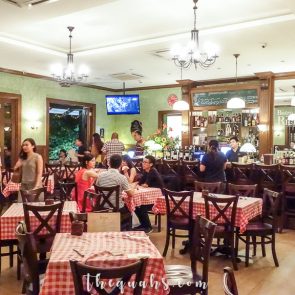 Generally, the food was OK. Nothing to shout about, except for the price. Perhaps there were other better dishes, but the waitresses were not very forthcoming with recommendations, so we just ordered whatever. But honestly, for the price of RM200 (!) for our entire meal, it should’ve and could’ve been better. 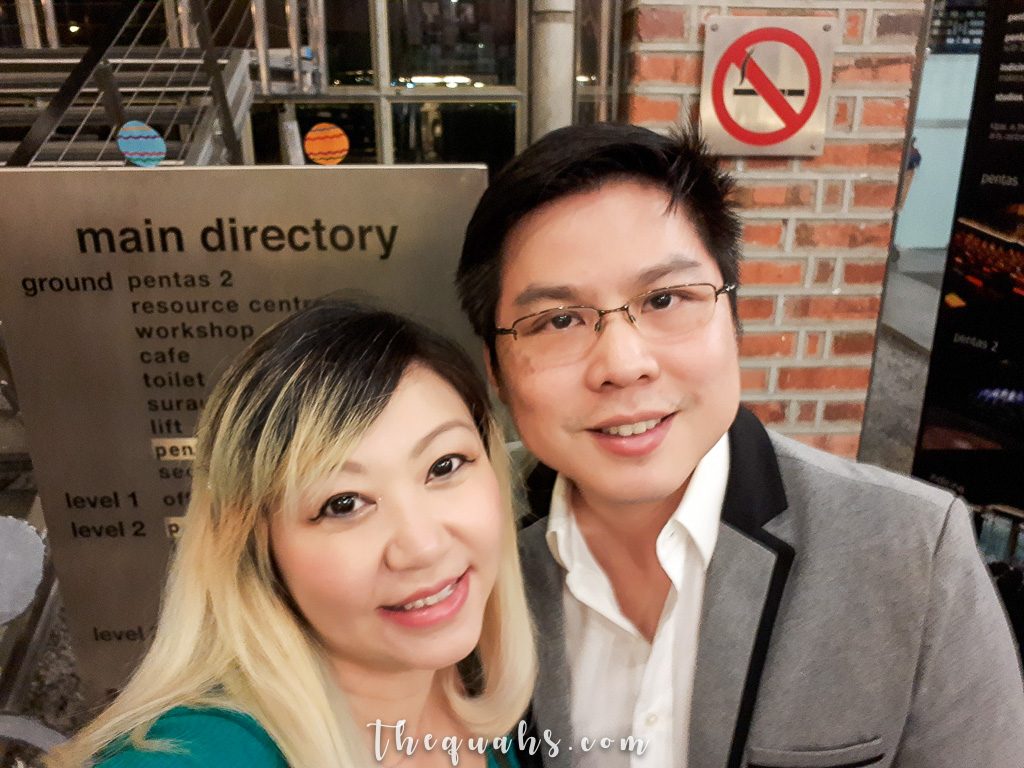 Enough about the food, let’s move on to the show itself! Too bad it was only held for 3 days, from 7 – 9 April 2017. It was held at Pentas 1, which was on the second level of the building. Since it was our first time, and we didn’t want to be late, I had to climb the stairs, which isn’t fun at all for a 32-week pregnant woman. 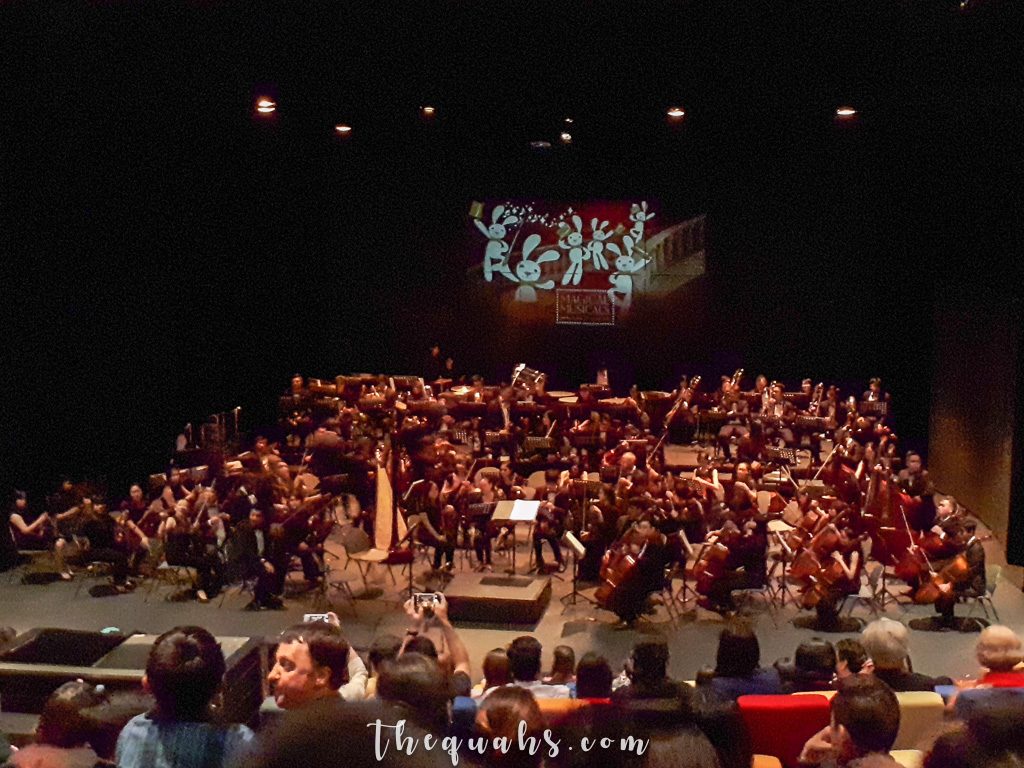 Seating was comfy and air conditioning wasn’t too cold, but then the theatre was quite full anyway so maybe that is why we didn’t freeze. Unfortunately we couldn’t take any photos of the setup or performances, but generally, the orchestra consists of strings like violin, vila, cello, double bass, electric bass; and winds like piccolo, flute, oboe, clarinet, bass clarinet, french horn, alto saxophone, trumpet, tuba, and trombone; there was even percussions, a harp, and a keyboard.

Some famous tunes were from movies and theatre musicals such as My Fair Lady, Beauty and the Beast, Les Miserables, Phantom of the Opera, Wicked, and more. 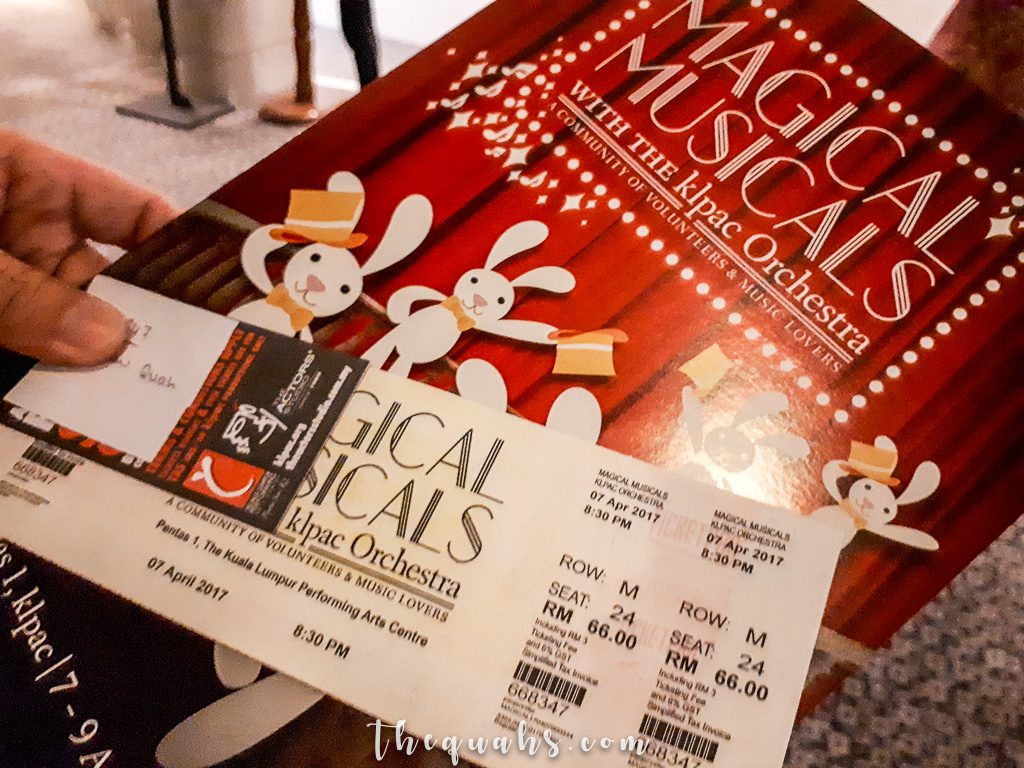 Generally it was a good experience. Not the best in terms of acoustics since I’m guessing this hall is used not only for orchestra performances but plays and musicals as well. I could hear some mistakes in their playing at times, and honestly, I think the conductor really shouldn’t talk so much, but overall it was enjoyable. The singing of Joel Wong, Tria Aziz and Kay Wong was great; I especially loved Tria Aziz’s range and voice control as her pitching was almost perfect. There were kids in the audience since this seems very much like a performance for families, so it wasn’t your usual prim and proper MPO orchestra audience.

Hopefully after #littlenugget comes out, we can go for another performance at klpac again, maybe with the kids next time..