There are times when a big TV is not enough, or you don’t want to something bulky in the room. That is when you might want to look into a UHD (Ultra High Definition) projector or a UST (Ultra Short Throw) projector for your audio-visual room. Well, Casio has just launched a new 4K UHD projector – XJL8300HN, and expanded its UST projectors with 3 new models – XJ-UT311WN, XJ-UT351W, and XJ-UT351WN.

Casio’s new 4K UHD XJ-L8300HN projector is equipped with the latest 4K UHD DLP® 0.66” chip which projects images of approximately 8.3 million pixels (four times the pixel count of a full HD projector) with a crystal brightness of 5,000 lumens and an estimated lifespan of 20,000 hours. Set-up for convenience and outstanding operating performance, projected images no longer suffer from distortion with an optical lens shift function built in as well as the global standard in transmission of ultra-high definition video and audio, HDBaseT-compatibility feature, which also lowers your installation cost. Casio’s projector is also currently equipped with a super resolution technology, which is able to enhance lower-resolution images and movies to produce an effect of higher resolution perfectly suited to Ultra HD screens. 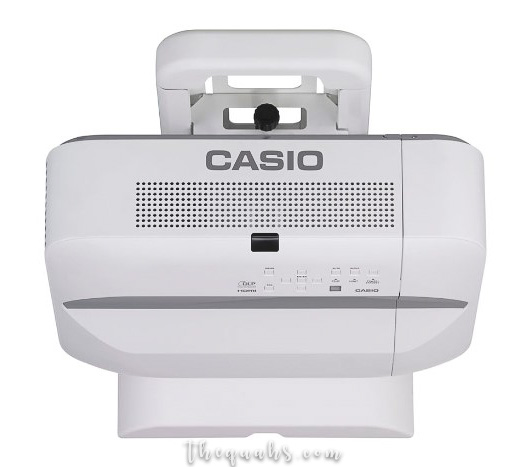 With a throw distance of only 13cm, Casio’s new Ultra-Short-Throw (UST) range of projectors are capable of projecting an image as large as 60-inch. With an output as bright as 3,500 lumens and an excellent contrast ratio of up to 20,000:1, Casio’s new UST projectors deliver brighter and sharper images than earlier models and projected images are now significantly clearer and more beautiful with a colour reproduction of 1.07 billion colours.

Short throw projectors are great for smaller/narrower rooms since you don’t need to have that extra distance just to create a large projection. Great to take it to presentations, and even to  a friend’s house for parties!